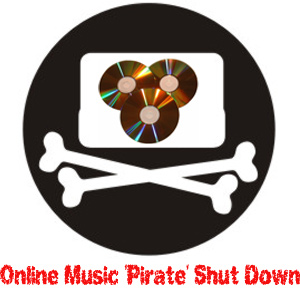 Piracy is one of the biggest banes of the present day technologically developed world. Existing in various forms, it’s been able to spread its fangs almost in every place around the globe. Prerelease piracy is another issue that is affecting music sales since it leads to early access to the artists’ recordings. But there may just be some hope!

OiNK, which is one of the world’s largest online sources of pirated music, will perhaps no longer be able to continue with its activities, thanks to a shut down order that has been carried out by the British and Dutch police. And the misery doesn’t end there; as the website’s 24-year old suspected operator has also been arrested.

OiNK essentially distributed leaked albums before they were officially released by the rightful record companies, stated the International Federation of the Phonographic Industry (IFPI). Several times these unreleased albums hit OiNK’s platform weeks before their release and would be distributed through public forums and blogs across the Internet in no time.

OiNK is (perhaps the past tense “was” suits better here!) was an invitation-only website and invitations were sent to a particular user only after he proved that he had music to share. The site had around 180,000 members, amongst which many paid “donations” to upload or download albums.

According to IFPI, till now over 60 major albums were leaked on OiNK, making it the chief source around the globe for illegal prerelease music.

Now the Police in Cleveland, in northeast England, is in the process of tracing the money produced through the website, expected to amount to hundreds of thousands of dollars.

However, the arrest and the shut-down of the site has not been that easy a task for the Cleveland Police as a two-year investigation by Dutch and British police and raids coordinated by Interpol have gone in prior to the actions.

The message on the site says:

This site has been closed as a result of a criminal investigation by IFPI, BPI, Cleveland Police and the Fiscal Investigation Unit of the Dutch Police (FIOD ECD) into suspected illegal music distribution.
- Advertisements -

OiNK’s owner is a 24-year-old IT worker, residing in Middlesbrough, northeast England.

Refusing to reveal the owner’s name, the Cleveland police was arrested on suspicion of conspiracy to defraud and violation of copyright law. OiNK’s servers, in Amsterdam, were shut down by Dutch police, stated IFPI.

“OiNK was central to the illegal distribution of prerelease music online,” said Jeremy Banks, the head of the IFPI’s Internet Anti-Piracy Unit.

“This was not a case of friends sharing music for pleasure. This was a worldwide network that got hold of music they did not own the rights to and posted it online.”