Contradictory to reports of a November 22 launch for the Nokia Lumia 2520 through Verizon, the carrier will be beating rival AT&T to the punch and letting it loose a day before that. Meanwhile, the latter has already declared this Friday as the day on which it will release the device.

This beautiful unibody Lumia is the Finnish company’s surprising bet on the Windows RT OS. Verizon has a limited period offer going on it. With a 2-year contract, customers can get it for $400. Whenever the promotion ends, its cost will be bumped up to $500. Also, only the black color option will be available in stores. If you fancy the red one, you’ll have to order it online. 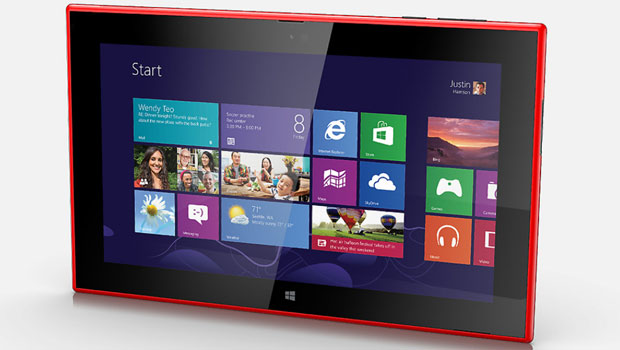 $500 is supposed to be the unsubsidized price of the tablet. Its main features cover a quad core 2.2GHz processor, the Windows 8.1 RT OS, a 10.1” full HD display and 2GB of RAM. It will arrive pre-loaded with Microsoft Office 2013 Home and Student and Outlook RT. There’s access to Xbox Live for games, music, movies and so on. You’ll only have Windows Store to depend on for the rest of your application needs.

For those who intend to grab a Nokia smartphone too, AT&T has a better deal in the form of a $200 discount on the Lumia 2520. Buyers who also pick up a Lumia 925, Lumia 1020, Lumia 1520 or any other device the carrier chooses to make available with the offer, are eligible for the price cut.