There’s just a day left for the Samsung Galaxy S6 and S6 Edge smartphones to go official and while you patiently wait, we’ve got new images of the handsets to keep you busy. The leaked pictures are apparently official press renders of the latter device and a promo banner has also popped up showcasing the former phone.

First, let’s take a look at the banner image which was apparently revealed by one of Sprint’s employees on Reddit. The post has been removed from the website, but the picture (see below) is still online. As you can see, two different devices are shown in the banner along with the names Samsung Galaxy S6 and Galaxy S6 Edge.

The former phone doesn’t look to have a curved display and is very much similar to what leaked out a couple of days back. The Edge model, on the other hand, is precisely what rumors suggested – A handset with a dual-edge screen. CNET Korea has managed to secure high resolution images of this smartphone, giving us a complete look at its design.

The image below shows that the curves on the display aren’t much, unlike what you’ll see on the Note Edge. Also, the home button continues to find a place on both models and we’re likely to see a fingerprint sensor embedded into it. Apart from these features, there will be a protruding camera on the rear and no water resistance. 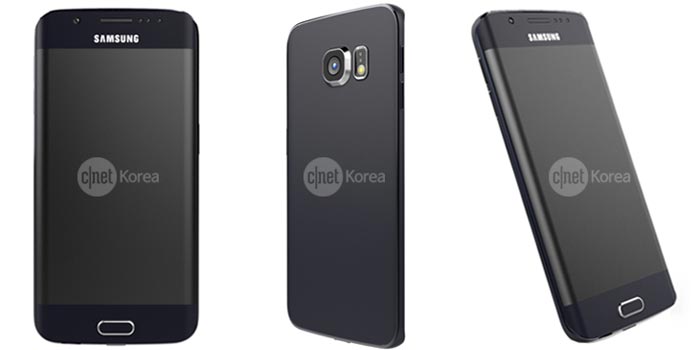 Here’s an overview of the Samsung Galaxy S6’s known specs: 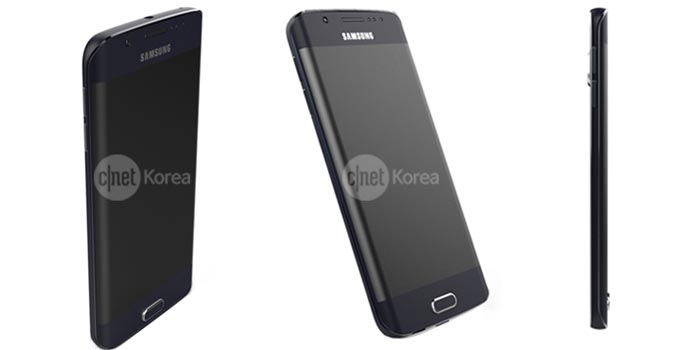 We’ll know more about the Samsung Galaxy S6 and Galaxy S6 Edge when they go official tomorrow. Be sure to tune into the official live stream to view the entire launch as it happens.