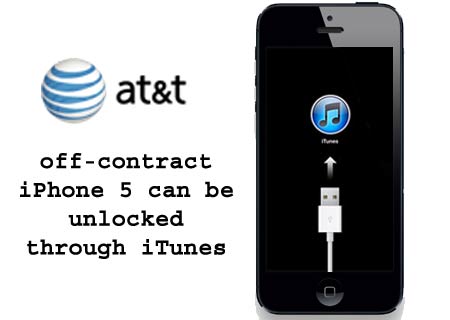 While Verizon’s version of Apple’s latest smartphone arrives with international GSM support out of the box, the off-contract iPhone 5 AT&T variant can be unlocked through a few simple steps in iTunes. The procedure for doing so is said to be an intuitive task and all users have to do is plug in their handset and hit the restore button.

On successfully unlocking the 6th generation Apple smartphone, the guys over at TechCrunch state that they were able to get the handset up and running on the T-Mobile network with data access over EDGE and voice calling support. This method was also confirmed with AT&T’s technical support, while a couple of posts on the carrier’s support forums suggest that it works.

Like we said before, lifting the network restriction on the device isn’t a tedious task. Once the restoration is completed in iTunes, users should see the usual dialogue pop up stating ‘Congratulations, your iPhone has been unlocked.’ But considering that the smartphone only supports nano SIM cards, creating a custom one might be troublesome. The usual process of acquiring an unlock from the network provider in question involves filling out a web form, faxing information and even a week’s long wait.

Just for reminder’s sake, the method mentioned here is only compatible with the off-contract iPhone 5 AT&T smartphone purchased at full price. And there’s no confirmation whether it works with pre-ordered units that are associated with an existing account. For the factory unlocked version in the US, there’s no mention of a release date as yet, although possible price details have managed to break free.