Ofcom allows Passengers to use Mobile Phones in Aircrafts 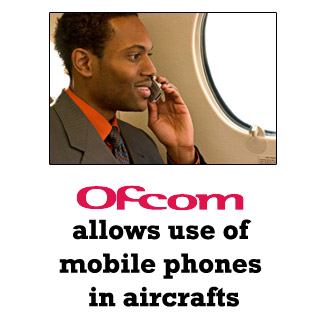 Those who travel by air are usually disappointed when they board an aircraft due to the only reason of keeping their mobile phones switched off during the flight hours.

Ofcom, UK’s communications regulator has approved the use of cellular phones on planes flying in European airspace. It simply means that passengers boarded on the flight can use their mobile phone after the plane reaches an altitude of 3000m or more.

For facilitating this service of usage of mobile phones during flight hours, aircrafts have to be equipped with small mobile phone base stations called pico cells.

“The safety of passengers is paramount and mobile systems on aircraft will only be installed when they have secured approval by EASA and the CAA in the UK. If such approval has been secured, it will be a matter for individual airlines to judge whether there is consumer demand for these services,” said Ofcom in a statement.”

However both mobile phones and the device fitted into the aircraft should be switched off during ascent and landing times for the protection of the passengers.