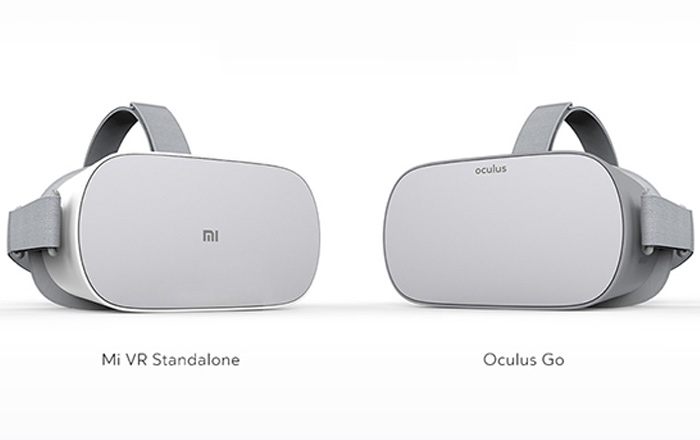 Oculus, Facebook, and Xiaomi got together at CES 2018 to announce some surprising news about the Oculus Go. Turns out, Xiaomi is going to be Oculus’ hardware partner for the Go globally.

Not only that, but Xiaomi will also be producing a standalone VR headset called the Mi VR Standalone exclusively for China. It’s pretty much the same in terms of looks and features as compared to the Oculus Go, with a few exceptions here and there. For instance, the former will run on the Mi VR SDK and the latter on the Oculus Platform SDK.

Oculus is quick to point out that the Mi VR Standalone supports the Oculus Mobile SDK as well, so current Oculus developers can port their content to Xiaomi’s Mi VR platform in China. This is a golden opportunity for Facebook to make an entry into the country, albeit indirectly through one of its subsidiaries.

Facebook is banned in China, with the social media giant trying various ways to circumvent or end the blackout over the years. It had notably hired former Xiaomi VP Hugo Barra last year as its VP of VR, so it’s easy to see how the connection between the two got made.

Both the Mi VR Standalone and Oculus Go are powered by Qualcomm’s Snapdragon 821 Mobile VR Platform. The two don’t need a phone or expensive PC rig to get going since each has everything it needs to run VR games and videos.

The Mi VR Standalone doesn’t have a price tag yet, while the Oculus Go is set to go for $199 (roughly Rs 12670). Availability details haven’t been announced till now, but the pair should eventually hit shelves in the coming year.