The Samsung Galaxy S5 is one of the most highly anticipated devices expected at the MWC 2014 and it has apparently got O2 Germany and an online retailer over excited. The carrier has published a teaser webpage for the upcoming handset, while a listing for the phone has surfaced in the Netherlands.

O2 Germany has put up a registration page which says ‘Anticipation high 5’ after translation (blame Google if it makes no sense). And it also mentions that you can sign up for updates about a ‘Samsung (phone) that can do more.’ As Mobilegeeks.de points out, the webpage has no mention of the Samsung Galaxy S5, but it does show a phone submerged underwater and a tag that indicates an end of February launch. Also, the carrier has listed previous flagships below for those who ‘can not wait.’ 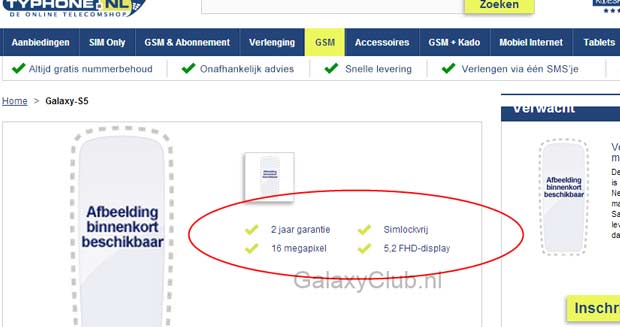 A lot of elements on the page point to the Samsung Galaxy S5. Coming to the Netherlands retailer, Galaxy Club spotted the listing on Typhone where details such as a 5.2-inch full HD screen and a 16MP camera were mentioned as the highlights of the handset. Well, these details have now been pulled. Based on previous leaks, Samsung could launch its next flagship in two variants, one having a 1080p display and a plastic body with the other sporting a 2K screen and a metal design.

The leaked specs can be found below: 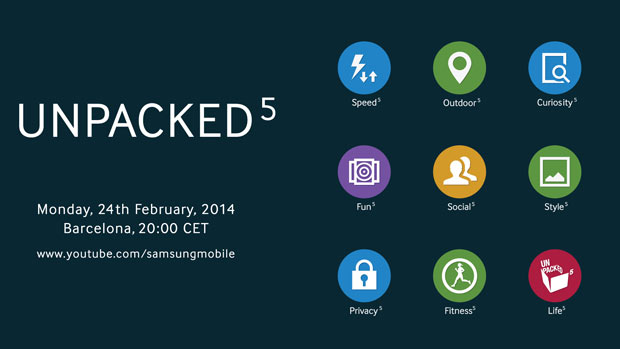 The Samsung Galaxy S5 will go official next week at the company’s Unpacked 5 event at the MWC 2014.