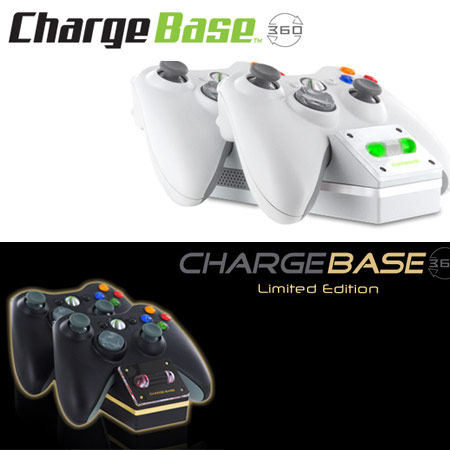 Nyko, a gaming peripherals manufacturer, has launch the new Charge Base 360. The latest peripheral is a charging solution for the Xbox 360 and offers a drop-in charging and storage solution for up to two wireless controllers.

“Nyko has identified a need among Xbox 360 owners looking for a more convenient way to store and charge their controllers,” said Chris Arbogast, Director of Marketing at Nyko Technologies. “The Charge Base 360 eliminates the use of wasteful and expensive disposable batteries and keeps your controllers charged while you store them, so that they are ready to go for an extended gaming session every time you pick them up.”