Apple really stirred things up with its A7 SOC for the iPhone 5C and new iPads. Well, we knew for sure that it wouldn’t be long before other chip makers announce their own 64-bit silicon. Qualcomm has already shown off its Snapdragon 410 SOC that’s aimed towards the affordable market and now, Nvidia has taken the wraps off its own 64-bit processor.

The Tegra K1 will be deployed in two variants, one 32-bit and the other 64-bit. Both processors will be pin-to-pin compatible and aimed towards the high-end segment and they will feature Kepler-class graphics which is the same architecture used in current generation desktop and laptop GPUs. The 32-bit Tegra K1 will still retain the same quad Cortex A15 cluster and the extra power-saving core seen its predecessor. 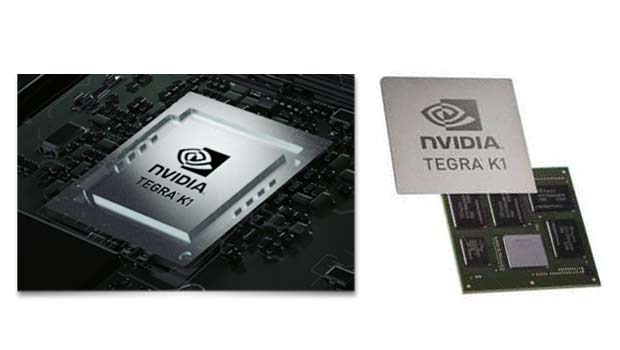 However, the clock speed has been bumped up to 2.5GHz which is in at par with that of the Snapdragon 805. The second variant on the other hand, is designed around Nvidia’s first custom mobile CPU, Denver, which is being touted as a 64-bit dual ‘super’ core process that’s based on the ARMv8 architecture. This piece of silicon is said to deliver high single- and multi-thread performance.

Both versions of the Tegra K1 come with a 192 core GeForce GPU that’s based on the Kepler architecture. According to the company, the new graphics module will feature DirectX 11 support, OpenGL 4.4 and tessellation, all of which are primary components for high-end desktop GPUs. Apart from this, the chip will also be compatible with Unreal Engine 4. Check out the demo video below for more details. 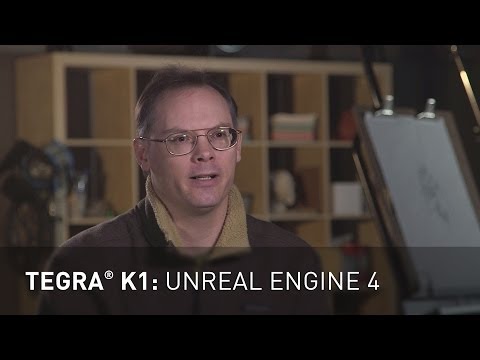 The 32-bit version of the Tegra K1 will be available during the first half of this year, while the 64-bit CPU with dual Denver cores will arrive during the latter half of 2014.