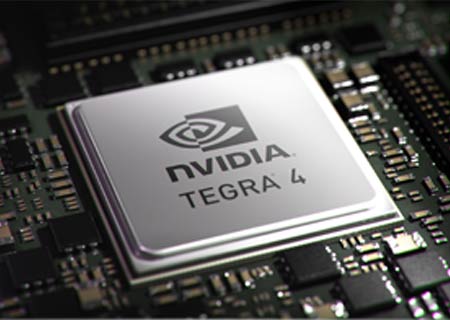 The Nvidia Tegra 4 SOC has been unveiled at the CES 2013 and as expected, the mobile chip comes bearing 72 custom GeForce GPU cores. The processor also goes by its codename, Wayne (Batman reference here), and is said to be six times more powerful than its predecessor which packs in a total of 12 graphics cores.

The new iteration to the company’s lineup will proffer richer experiences in various segments. For starters, it enables enhanced imaging capabilities which will allow manufacturers to employ an always-on HDR camera owing to the combined efforts of the CPU, GPU and ISP. And the Tegra 4 series will also come with 4G LTE capability through means of an optional chipset that’s based on the Icera technology, supporting multiple LTE bands. 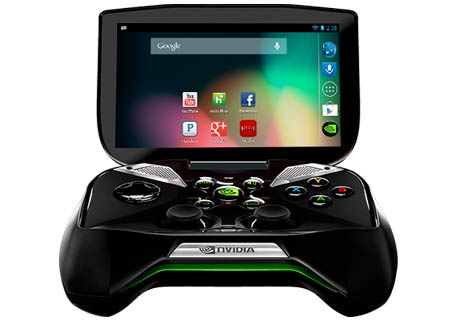 Like Samsung’s Exynos 5 processor lineup, the newest silicon from Nvidia will be based on the latest ARM architecture, the Cortex A15. This processor in a quad core design is coupled with a second-generation battery saver core to deliver a balance between performance and battery life. Similar to how the Tegra 3 functions, the high performance CPUs will be active based on requirement.

Owing to the Variable SMP architecture, each core can be enabled and disabled depending on the workload, while the fifth core will handle low-priority tasks such as active standby, music and so on. Where power consumption is concerned, the SOC is claimed to utilize 45 percent lesser energy as compared to its predecessor. The company has also provided an estimated HD video playback battery life of 14 hours on phones. 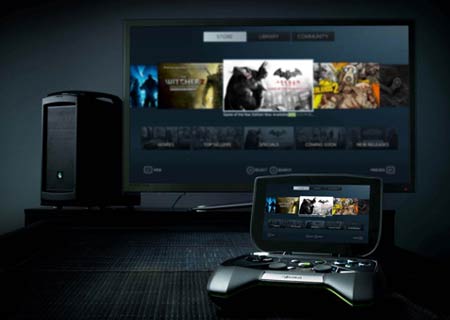 At the unveiling event during the CES 2013, Nvidia also showed off a gaming controller which incorporates the new chip. Dubbed as Project Shield, the device is designed with a 5-inch HD display and runs on the Android Jelly Bean platform.

Currently, there’s no concrete information on when the Nvidia Tegra 4 will hit the market. According to the company, the chip will be aimed towards a wide portfolio of devices such as smartphones, tablets, gaming consoles, auto infotainment, navigation systems and PCs.

Key specifications of the SOC: