We know that Nvidia is working on a high-end Android slate and the company may have just given us confirmation that the device will be released as the Shield tablet. The device in question has been listed on the chip maker’s TegraZone website, suggesting that an official launch may be just around the corner.

The Nvidia Shield tablet was spotted by The Digital Reader, notes Liliputing. The website provides absolutely no details on the device, but we’ve got reason to believe that this slate may very well be the Mocha tablet which was leaked a month back. What we know is that it will be powered by the latest Tegra K1 SOC, the quad core model clocked at 2.1GHz and not the dual core one based on the 64-bit Denver platform. 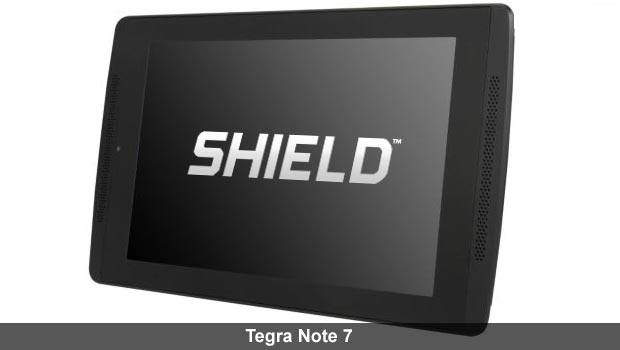 Additionally, the device will have a 7.9-inch display with 2048 x 1536p resolution. Rest of the specs is pretty much what you’d see on current high-end slates – 2GB RAM and 16GB storage. The tablet also has a 7MP rear camera and a 4.8MP front snapper.

Nvidia has no press conference scheduled for the ongoing E3, so chances are low that we’re going to see Shield tablet there. Nevertheless, the IFA 2014 looks promising. The Tegra K1 chipset can also be found on other tablets devices as the Mi Pad from Xiaomi and Google’s Project Tango, and it’s expected to be in the follow-up Shield handheld console as well.