Yesterday, we got to have our first look the upcoming Nvidia Shield Tablet when a photograph of it was released online by EvLeaks. But today’s leak is a much more comprehensive one than yesterday’s; in fact you’ll be getting to know everything related to this Android gaming slate including its price, release dates and specifications.

This 8-inch device will be launched in the form of two models – one with Wi-Fi and 16GB of storage and the other with LTE and 32GB of storage. While the former will be priced at $299, the latter will have its retail value set at $399. These new tablets will be released in the US on July 29, whereas their European launch will take place on August 14. They will be seen hitting other markets as well, but during fall. 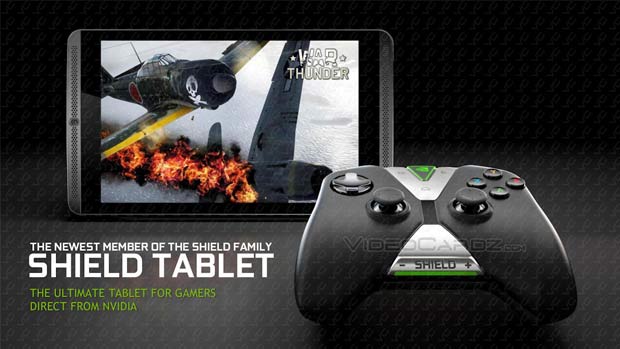 The Nvidia Shield Tablet will be marketed along with a Shield Controller priced at $59 and a Shield Cover which will cost $39. Moreover, it will come bundled with an advanced stylus as well.

Coming to the specs of this device, it carries onboard a 32-bit Tegra K1 chipset featuring a quad core A15 processor clocked at 2.2GHz. As revealed by VideoCardz, 2GB of RAM accompanies this setup. Its 8-inch IPS LCD display bears a resolution of 1920 x 1200 pixels.

Here’s a complete list of the Nvidia Shield Tablet specs: 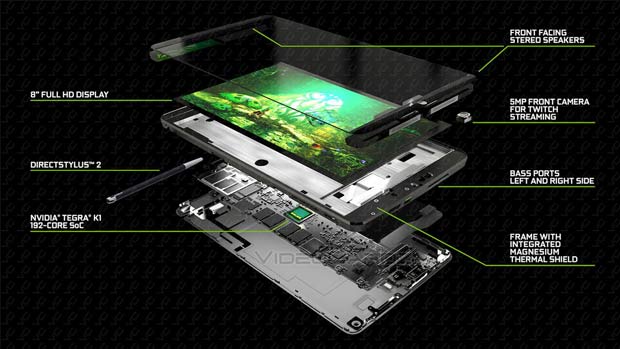 Nvidia should definitely be hurt be this large dump of leaks related to Shield Tablet which leave nothing to imagination. Let’s see when the company goes official with these details now.