With all those regular and fruitful updates, the Nvidia Shield doesn’t look like it needs a reboot, but its maker seems to believe otherwise. An apparent device which appears to be a successor to the said handheld gaming console has emerged all of a sudden, bearing utterly advanced specs that have got quite a few tongues wagging.

What is being hailed as the Nvidia Shield 2 was spotted on AnTuTu by G4Games, suggesting that the device is currently in testing mode. Featuring the 4.4 KitKat version of Android, it seems to be running on the ultra-powerful Tegra K1 chipset. Moreover, the benchmark image shows a whopping 4GB RAM module being present inside the system. 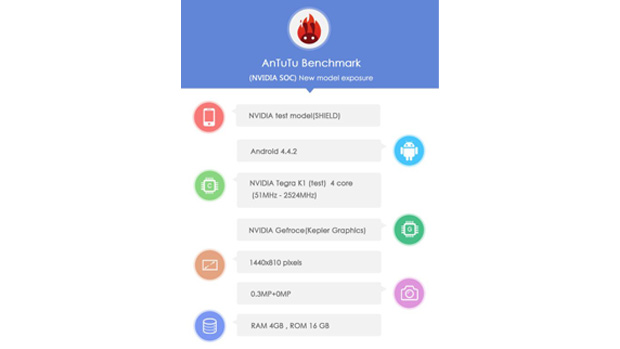 Android phones these days are pushing the limits to occupy 3GB worth of RAM, which makes this device’s 4GB unit seem like quite an achievement. As far as the GPU goes, the Nvidia Shield 2 grabs a Kepler graphics card with 192 CUDA cores.

The current version of handheld console features a 5-inch 720p display, but by the looks of it, the panel on its successor will feature a bumped up resolution. Although its size is unknown, this display will apparently render its visuals at 1440 x 810 pixels. Considering that 90 pixels are eaten up by the Android navigation bar, the handheld will be seen providing 900p gaming experiences. 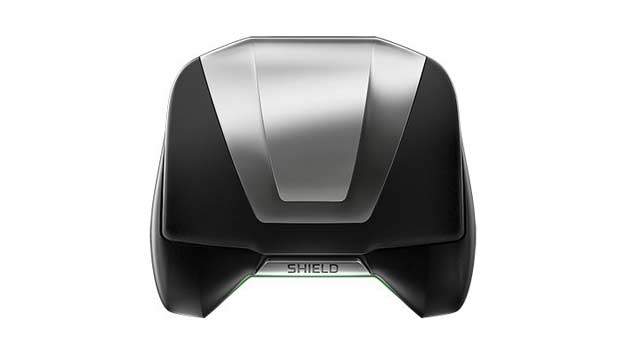 These details cannot be trusted completely, but they’re enough for speculation about the Nvidia Shield 2 to begin. Stay tuned for more information about the apparent handheld.