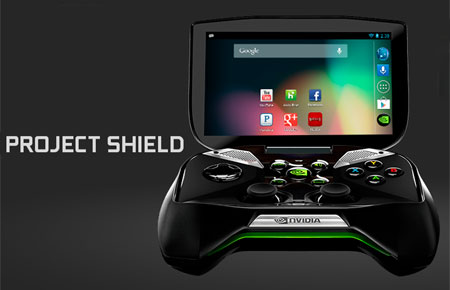 Nvidia has announced Project Shield, in what is turning into a busy pre-CES party. The new portable gaming device will pack the power of its newest chip, the Tegra 4. The name is possibly a placeholder, since no price or release date has been pinned down.

Project Shield has been designed for open platforms and can play both PC and Android-based games. The rather clunky handheld itself runs on Android Jelly Bean, offering access to the Google Play store and the multitude of games that it offers. 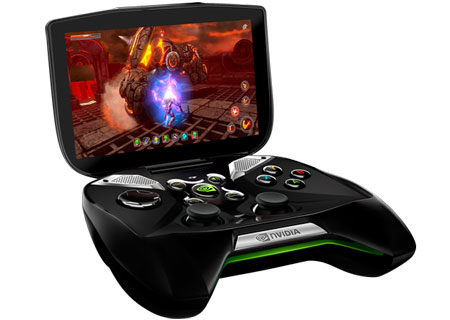 In the home environment, the device can stream games from a PC which relies on Nvidia GeForce GTX GPUs, with wireless connectivity built in. Users will also be able to access their Steam game library on the controller.

The integrated display makes on-the-go gaming possible, but users will also be able to hook up the device to television screens for the classic feel. The device has a 5-inch HD retinal display which offers functionality in keeping with Android games such as multi-touch. It has a resolution of 1280x720p and a video dot density of 294dpi. 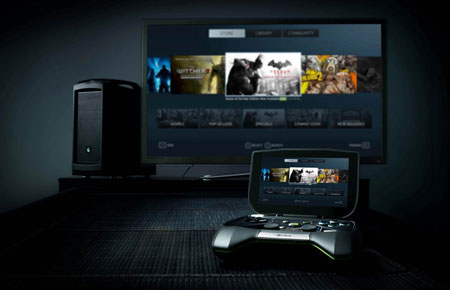 In terms of pure hardware prowess, the handheld utilizes the power of the company’s Tegra 4 processor, which has a 72-core GeForce GPU and a quad core CPU core, the Cortex A15. The company boasts of squeezing out hours of gameplay on a single charge thanks to the chip’s battery saver core and its energy-saving Prism 2 technology.

But what about audio? Most handhelds aren’t quite so capable in this department, let alone something that is mostly controller. But the Nvidia gadget has a custom, bass reflex, tuned port audio system. What that means exactly, we’re not sure either. But the company says the integrated speakers are capable of better low-frequency output than high-end laptops. 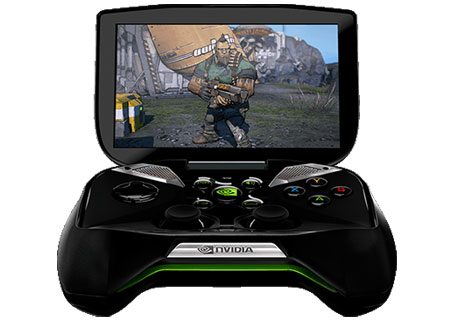 At this time it’s too early to speculate if games will be made exclusively for the platform to take advantage of its capabilities. But with the Dead Trigger 2 demoed at the company’s CES press conference, it’s safe to say things are looking good for the new generation chip. And what do we then make of the few high-end phones such as the ZTE Grand S and the Oppo Find 5 which were recently revealed?

Like we’ve already mentioned, pricing and release information of Nvidia’s Project Shield hasn’t been revealed, but with its Wi-Fi and HDMI connectivity, we can’t wait for more details of the portable to trickle down the beanstalk.