Along with a new Shield handheld console, Nvidia could also be working on a successor to its Tegra Note platform through the Mocha tablet. The slate has popped up in a benchmark revealing quite a bit of hardware details.

The guys over at Liliputing are reporting that the Nvidia Mocha tablet was spotted on GFX Bench by Twitter user @arctablet. The device is listed with a 7.9-inch display which is a good improvement from the 7-inch screen on the previous model. The key highlight of the panel is its 2048 x 1536p resolution that’s also a major step-up. The icing on the cake here is the Tegra K1 processor. However, it’s not going to be the 64-bit Denver CPU onboard. 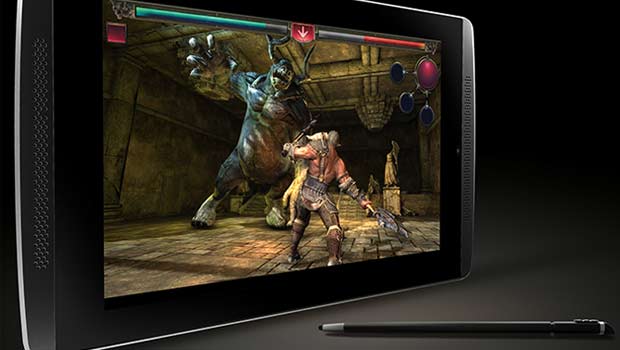 The SOC is listed as a quad core Cortex A15 clocked at 2.1GHz with a 192 core graphics chip. Apart from these details, the device will have around 2GB of RAM and 16GB of storage. Android 4.4.2 KitKat will run the show. You’ll also find dual cameras, a 7MP rear snapper and a 4.8MP front-facing imager.

The Nvidia Mocha is most likely to be a reference design tablet like the Tegra Note. This means that it won’t be sold by the company itself, but licensed to OEMs where they can market it with their own modifications and branding. Hopefully, this high-end device will go official with an affordable price tag like its predecessor.

Leaked specs of the Nvidia Mocha: