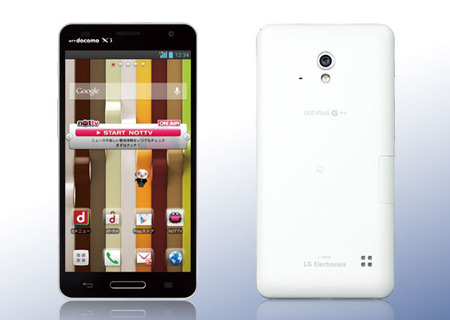 The LG Optimus G Pro release date has been made official by NTT Docomo for Japan. The device started gaining attention of late with speculation rife about its existence. It has now come out through an official document detailing the carrier’s entire spring 2013 lineup of 11 smartphones and tablets which contains the likes of the Xperia Z (and the similarly named tablet) as well as the Huawei Ascend D2.

By what can be gathered, the Optimus G Pro L-04E is to feature a 5-inch TFT LCD full HD screen with a resolution of 1920 x 1080 pixels. It is supposed to run on Jelly Bean, although this won’t be the latest Android platform. Instead the phone settles for version 4.1 of the operating platform. It measures 139 x 70 x 10 millimeters in dimensions and weighs about 160 grams.

In terms of multimedia offerings, it has a 13.1MP CMOS sensor on the rear which should be capable of clicking fairly high quality images. Complimenting the primary snapper is a secondary 1.9MP CMOS webcam on the front, which facilitates video calling since the phone is compatible with Docomo’s Xi LTE service. Other connectivity options include Wi-Fi as well as the possibility of Wi-Fi tethering, and NFC. 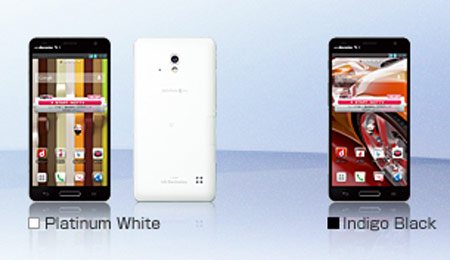 It will gain its processing power from a speedy 1.7GHz, quad core Qualcomm Snapdragon S4 Pro chip, which is backed in its operations by 2GB of RAM. Internal memory amounts to 32GB, expandable all the way up to 64GB by the insertion of a microSDXC card. A 3000mAh battery rounds up the specs, although usage stats haven’t been provided.

The NTT Docomo LG Optimus G Pro is set to be launched in Japan sometime in early April this year. And although we know broadly when it will hit consumers in the nation, a price hasn’t been specified. Also, there aren’t any details on when (or even if) the device will make its way to the US. It will come in platinum white and indigo black.