Global models of the Samsung Galaxy S4 (LTE GT-I9505) are now receiving software updates pushing their Android versions to the 4.3 Jelly Bean mark. Apart from introducing OpenGL 3.0 support and other goodies, this piece of software has also brought along with it compatibility for the recently launched Galaxy Gear smartwatch.

As usual, the upgrade is being rolled out in phases so you’ll probably have to wait for a while until it crosses your borders. SamMobile, the site which has broken this news took an updated model for a spin, and has concluded that a host of under-the-hood improvements and optimizations have made their way into it. 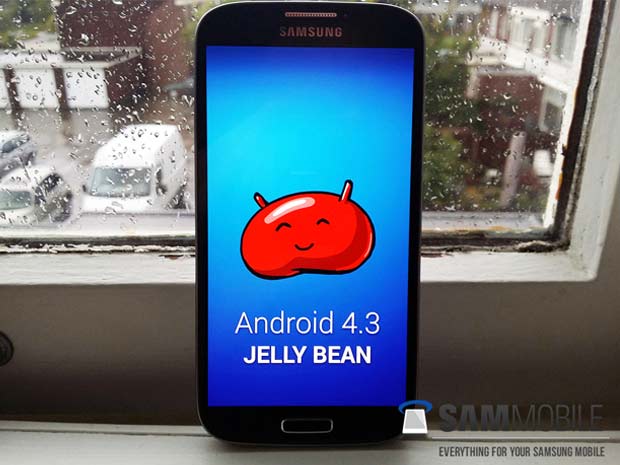 Following the Android 4.3 update, the Samsung Galaxy S4 apparently shows enhanced benchmark results. Support for TRIM and improved RAM management are to be thanked for that. This software also tags along a preloaded Samsung Wallet app and better KNOX implementation.

Additionally, Samsung products like a new keyboard, a fresh browser which is now full screen by default and the Reading Mode which we’ve seen on the Note 510 (8.0) in the past have been pushed into the device as well. The S4 even gains new Camera firmware and other small tweaks here and there.

The Samsung Galaxy S4 was launched in April this year, equipped with the Android 4.2.2 OS. At the Mobile Unpacked Episode 2 event which saw the launch of the Note 3 and the Galaxy Gear, Samsung had announced for the first time that Android 4.3 will be officially heading to the device in October.

The company has kept its promise, but this only applies to the LTE GT-I9505 models of the Samsung Galaxy S4. We’ll have to wait and see when other variants will be receiving their updates.