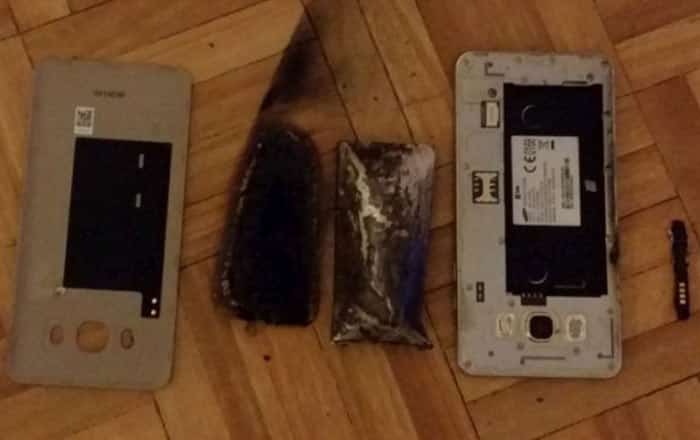 Samsung’s explosion epidemic isn’t going away anytime soon, leapfrogging from the Galaxy Note 7 to its washing machines. Now a new report claims that a Galaxy J5 user in France saw her handset go up in flames on November 6.

Lamya Bouyirdane told the Associated Press that she had asked her son to pass her Galaxy J5. She immediately noticed that the smartphone was very hot. She then proceeded to throw it away once she saw that it was swollen up and had smoke emitting out of it.

The Galaxy J5 apparently caught fire following this action, with its back blasting out. Bouyirdane claims she purchased the device in question back in June this year via a website which offered discounts. While the incident is similar to the spate of cases involving the Note 7, it’s too early to say whether the problem is a large-scale one.

The episode may well be an isolated occurrence rather than a series-wide problem. A Samsung spokesperson later informed CNET that it was unable to elaborate on the case until it gets the affected Galaxy J5 into custody and thoroughly examines the smartphone.

Samsung notably still hasn’t been able to determine what exactly went wrong with the Galaxy Note 7. It recently began sending out an update to the device in order to encourage holdouts to hand over the fire-prone device. The upgrade restricts charging to 60% and displays notifications every time a person switches on, charges, or reboots their handset.