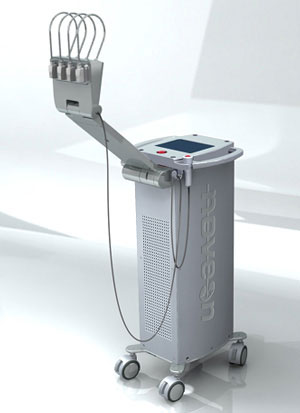 If you are tired of battling the mucky toe nail fungus and have been given stares and kept away due to the ill look in your foot, then here’s a solution from the world of medical-technology.

Richard Burtt, CEO of Nomir Medical Technologies said,“This pivotal trial initiation is a major step for Nomir, moving us closer to commercial launch of our first product utilizing our proprietary dual-wavelength optical energy technology.” Adding, “Noveon represents a novel treatment approach of using optical energy to address disease indications, such as onychomycosis, that are typically sub-optimally treated with traditional pharmaceutical drugs. In pilot studies, Noveon demonstrated 87% clinical improvements, and we are therefore hopeful for similarly positive outcomes from this investigation.”

The device has already received FDA approval in November 2007 to treat during surgical procedures of the skin, subcutaneous tissues and nasal passages in dermatology, plastic surgery, podiatry, and otolaryngology. Now the Noveon device awaits a new FDA approval to treat issues pertaining to toenail onychomycosis.

The study of this device will involve assessing clinical improvement and mycological decontamination of the treated area of the nail. Atleast two-thirds of 30 evaluable subjects will be treated with Noveon and the rest will serve as controls. The patients will be subjected to four treatments over a four-month period and will be followed up to one year following the initial treatment so as to analyze and check on the clinical improvements and any mycological response. The study of the medical device is a medium for Nomir Medical Technologies to get FDA approval so as to treat the ones troubled with the nasty fungus on their toes.