Notion Ink’s 10.1-inch Windows tablet is certainly one of the prettiest we’ve seen to date and the device is soon to get a smaller sibling called the Cain 8 slate. The upcoming device has popped up on Snapdeal where it’s most likely going to be an exclusive.

Sadly, no price or availability details have been provided for the device and the e-commerce website hasn’t revealed anything concrete on the hardware either. The Notion Ink Cain 8 isn’t as attractive as its larger sibling, but it’s still quite a decent looking slate. 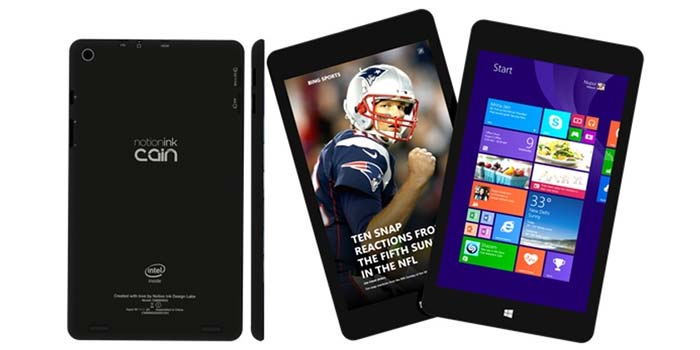 The front panel may flaunt an 8-inch display of 720p or 800p HD (even 600p is a possibility) resolution and as you can see in the image above, the bezels surrounding the screen are pretty slim. The rear panel however, is quite messy and that’s thanks to the excessive labeling on the sides and the lower body.

Also read: iBall goes for a 2-in-1 convertible with the 10.1-inch Slide WQ149 Windows tablet

As you’d expect, the tablet runs on Windows 8.1 and it tags along the usual freebies such as a 1-year subscription to Microsoft Office 365 and 1TB of OneDrive cloud storage. The listing says that there’s an Intel processor on the inside and the OEM is likely to use the same chipset seen on the larger model. 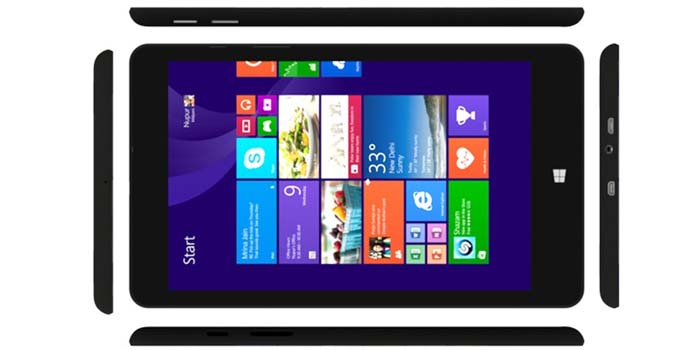 What’s more, the majority of components could be the same as the ones in the previous release as well. You can expect to find the quad core Atom Z3735D SOC clocked at 1.33GHz. For memory, there’s likely 1GB or 2GB of RAM depending on how the company prices the slate. The same applies to storage which will either be 16GB or 32GB. MicroSD card memory expansion should also be aboard.