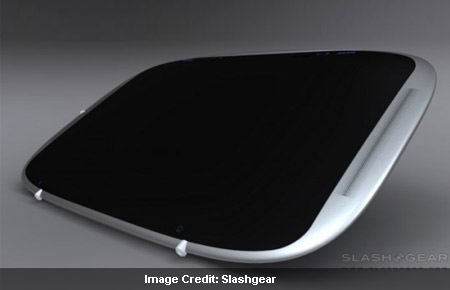 Notion Ink has been in the news for quite some time now. With word around on its upcoming Android tablet, the company is all set to mark its presence in the warring tablet terrain. Yes, the CES 2010 will see the debut of Notion Ink’s technologically enriched Android tablet. TechShout.com (TS) had a word with the company’s founder Rohan Shravan (RS). The email interview is as follows:

TS: Can you tell us something about the company?

RS: The founders and owners of the company are graduates from the Indian Institutes of Technology, a premier engineering institute from India. Ours is a young team advised by industry experts, each with over 15 years of experience in their own fields of design, software, hardware, telecommunication and entrepreneurship. We believe that a young management and development team is one of our biggest strengths as it helps us come up with out of the box solutions to technology problems. We have partnerships and support from some of the leading hardware manufacturers in the world who have a lot of faith in our device. The prototype of our first product is being displayed in the Nvidia booth at CES.

TS: Can you elaborate on the new tablet to be showcased at CES 2010? What would its tentative price be and is it called Adam?

RS: Notion Ink’s as-yet unnamed Android ‘smartpad’ is based on an unannounced Nvidia Tegra T20 chipset supporting 1080p Full HD video playback, has integrated Wi-Fi, Bluetooth and UMTS/HSDPA, and is the first confirmed device to use the Pixel Qi transflective display. The device runs on the Google Android OS. The price is yet to be decided. The name is not disclosed yet.

TS: Why did Notion Ink specifically opt for the Android platform?

RS: Because we believe that it is the platform of the future. It is open source and can be tweaked to the core. We have a lot of support from the open source community and we can accelerate the application development for this product from a worldwide pool of really smart Android developers.

TS: When can we expect the official release of the tablet? Will the device be released worldwide? Any channel partners?

RS: It should release around mid-2010. The potential markets for the device are India and US. As for channel partners, they are under discussion.

TS: Your blog reveals more innovations to be unveiled at the CES 2010. Can you shed some more light on them?

RS: I can’t reveal anything right now. All I can say is that there would be innovations in design, hardware and software.

TS: Do you think the upcoming tablet can change the face of technology innovations coming from India?

RS: We believe that there is a lot of potential for technology innovations coming from India. We hope that companies like ours can hopefully encourage our best designers, innovators, software developers to come back and work in India. A lot of technological innovation comes from Indians and once they realize the opportunities in India I am sure they would come back.

TS: Would you also be releasing products based on the Windows platform?

RS: No. We don’t have any such plans.

TS: With a host of competitive tablets already creating a stir in the market, any particular strategies planned for sale?

RS: Yes we do. We have a lot of advantage over our competitors already because of our choice of hardware and our design.

TS: What will your forthcoming SDK focus on?

RS: To enable developing Android applications for our particular hardware, larger screens and better resolutions. There are some other things as well which cannot be disclosed.

TS: Finally, can you name some companies you have collaborated with for current and future products?