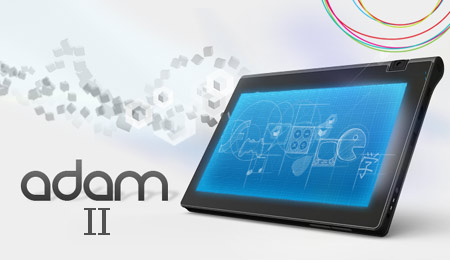 After almost a year of releasing its first slate, a certain Bangalore based company has given a glimpse of what can be expected from its next serving, the Notion Ink Adam II tablet. The last we heard from this manufacturer, it had treated its premier tablet with an Ice Cream Sandwich alpha ROM.

This update to the first edition of the tablet left fans expecting a full-fledged ICS platform coming with the Adam II as well. And the company is not disappointing those enthusiasts. The second generation slate indeed will operate on the Android 4.0 OS. In addition to this, Notion Ink has also partnered with Texas Instruments to provide some essential internal components for the upcoming device, including OMAP44xx processors.

Apart from this, the partnership will also result in the Adam II being incorporated with other contributions from Texas Instruments, like Wi-Link 7.0, Phoenix Audio Power Amplifiers and more. Along with the new slate, the tech world is also expected to witness the release of the first modular based software architecture.

There is no word yet on the Notion Ink Adam II release date and price.