Our motive behind offering a set of Notepad alternatives is to let you know about your prospective options other than the one you have been using for a decade or so. The thought of trying a new Notepad may never have crossed your mind, but over the course of time, some really helpful text editors have been introduced that have successfully made their way into the computer systems of innumerable users. Have a look at the following list for a detailed summary of each of the substitutes you can consider. 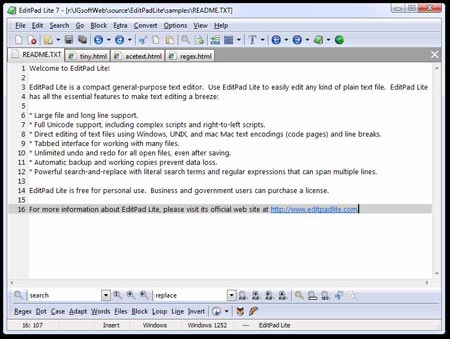 A text editor for Windows-based PCs, EditPad Lite is the free version meant for general use that comes in handy for the purpose of editing plain text files. Be it complex scripts, right-to-left text or large files, this alternative covers all this and more. The tabbed interface allows you to work on multiple files at the same time, while its working copies and the automatic data backup function prevent losing data. And just like a Word document, you can make use of the undo and the redo attributes in these files, even after you hit on save. Besides the free version, the developers have designed a licensed EditPad for government and business professionals. 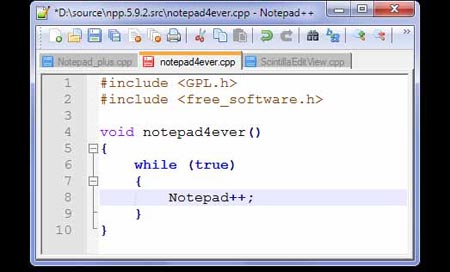 Next up on our compilation of programs like Notepad is Notepad++, a text and source code editor that takes advantage of Scintilla. Based on the C++ language, this software is capable of offering higher execution speed and smaller program size, thanks to its use of pure Win32 API and STL.

With features like multiple language environments support, tabbed browsing, bookmark, auto-completion, and Document Map, it sure comes across as an option that you may prefer for your text editing purposes. It also supports macro recording and playback as well as user-defined syntax highlighting and folding amongst others. 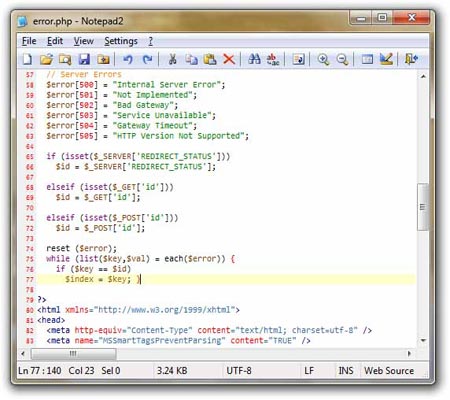 The developer of this text editor happened to design this software after coming across the Scintilla source code editing component. It very much resembles Notepad pre-installed in Windows-based computers but has been included with the syntax highlighting feature. One of the many advantages of this Notepad is that you are not required to install it onto your PCs to use it as the preferred editor. This way it doesn’t pose a threat to your system’s registry too. And need we mention that Notepad2 will not cost you even a single penny? 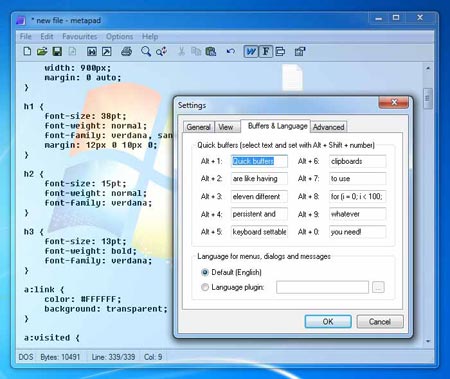 Taking our software similar to Notepad roster a bit further is MetaPad, which promises not to take up a lot of space on your system. While it does not miss out on any of the features offered by Notepad, this editor comes with some really important attributes of its own. Compatible with Windows 95, 98, NT, XP, Vista and 7, it claims to be capable of completely replacing Microsoft’s variant. 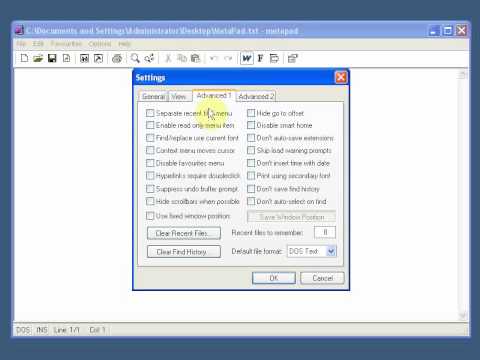 External viewers like web browsers and Unix text files are supported by this editor, in addition to hyperlink and dual customizable font. Accelerator keys and other shortcut functions like the Esc button for a quick exit should help with faster operation. 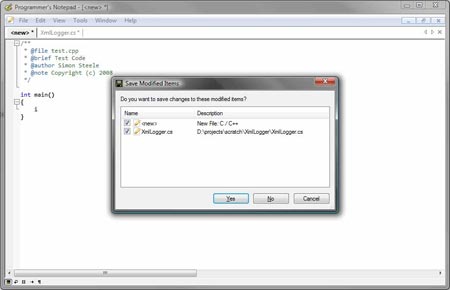 If the top spot on your wishlist goes only to a text editor which includes features like syntax highlighting for user-defined as well as built-in schemes, multi-language user interface, code folding and outlining, then you needn’t look beyond Programmer’s Notepad. Support for word wrapping and non-fixed-width font adds to its usability, while ‘Text Clips’ facilitate text insertion by providing smart templates. The tabbed MDI interface proffers multi-level split views and this editor offers compliance to Windows, Unix as well as Mac file formats. Its latest 2.3 version is available for download, free of charge. 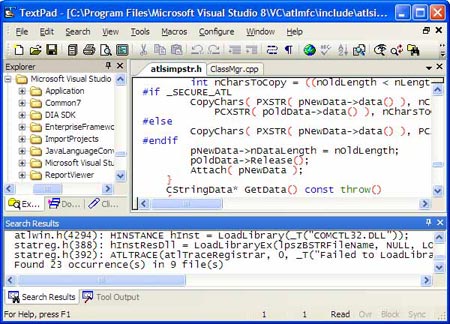 What makes TextPad worthy enough to be included in our queue is that this application serves the purpose of a text editor, a web page editor, and even a programming IDE. The developers give you the option to use the trial version before you make up your mind regarding whether you want to buy the full version or not. Featuring a multi-lingual user interface, it boasts of dictionaries of as many as 10 languages for spell checking. While it allows naming files using the UNC style names, it also tags along support for CUA compliant keyboard commands. 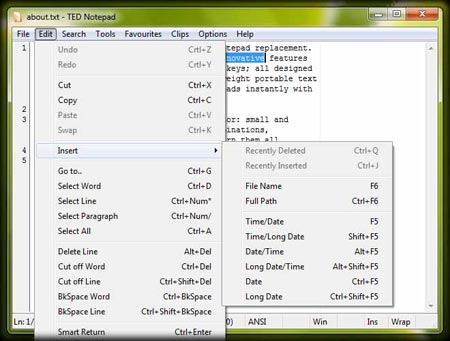 This program like Notepad is a chrome-less text editor that doesn’t try to lure you into using it with fancy toolbars or sidebars, but with text-processing tools, settings and features that let you unleash the complete potential of this software. It aims to take typing and text-coding a step ahead and is loaded with convenient text-editor features that include multiple undos and redos, innovative auto-completion, customizable fonts, and background colors, template files to create new documents, full-screen view and tab searching amongst numerous others. So if you wish to have the ‘swiss army knife for text processing’ on your computer system, TED Notepad is the way to go.

We believe that the features of the above-mentioned Notepad alternatives are reason enough to adopt one of these as the preferred option. So are you willing to switch to one of these substitutes and bid goodbye to the Microsoft variant? Leave us a comment below to let us know.