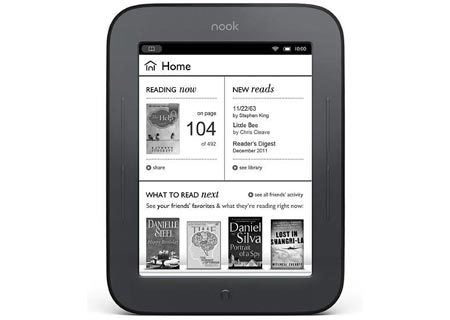 The Barnes & Noble Nook Simple Touch has received a price cut of $20 and is now available at the company’s 700-odd retail stores and its online store, as well as through other retailers. This comes roughly two months after the company slashed pricing of the GlowLight version by the same amount.

The device sports a 6-inch touchscreen that incorporates an E Ink Pearl display and has a 16-level gray scale which provides better detail. B&N says that this give 25 percent faster page turns and exhibits about 80 percent less ‘flashing’ than other e-book readers. Rounding off the screen’s features are 7 font sizes and 6 font styles, as well as a resolution of 800 x 600p. 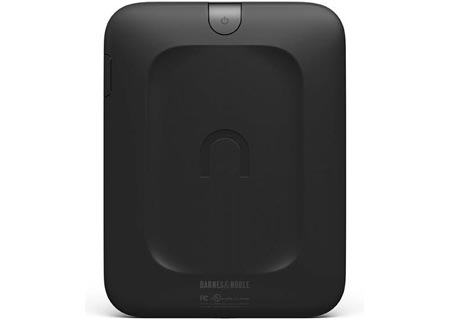 The e-reader has a compact form factor measuring 6.5 x 5.0 x 0.47 inches in dimensions and weighing just 7.48 ounces (that’s a little over 210 grams). And with its built-in 802.11b/g/n Wi-Fi capabilities, downloading e-books is also simple. In addition, there are more than 3 million titles which can be sampled for free.

In terms of reading material, the Nook Simple Touch supports ePub and PDF formats, and when talking about displaying images, it does so in formats including JPG, GIF, PNG and BMP. What might be considered a miss though is that it can’t read DjVu files, a format gaining popularity for its higher compression ratio and hence smaller size.

It has a microUSB port that can be used to connect to a computer and charge the device. And there’s also a microSD card slot which supports a card of up to 32GB for additional storage. Internal memory meanwhile is held at 2GB, although only about 1GB is available to the user.

If used for half an hour every day, and with the wireless connectivity switched off, it can keep going for a whole two months without needing to be recharged, the company claims. And although it takes quite a while to replenish the e-reader’s battery when plugged in to a PC (about three and a half hours), it can also be recharged via a power adapter which is sold separately. 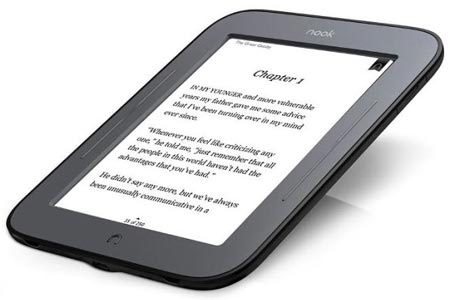 The Barnes & Noble Nook Simple Touch is now available for $79 down from $99. As already mentioned, it can be purchased from B&N retail stores, the company’s online store and from other retailers such as Walmart, Best Buy and Target.