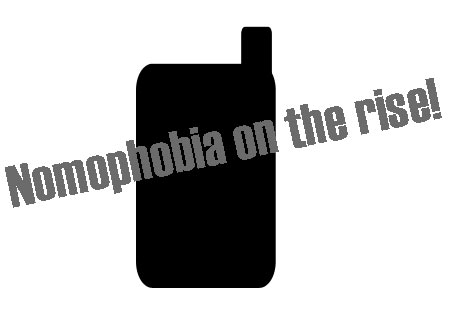 If the findings of a recent survey are to be believed, then two thirds of people in the UK experience the fear of losing or being without their mobile phones, a phenomenon termed as nomophobia. These results are part of a survey conducted by SecurEnvoy with a total of one thousand employed individuals, using OnePoll.

It has also come to light that out of all the individuals in question, about 41 percent are in possession of two phones or more. Peeping into others’ text messages was also an issue chosen to be a part of this survey, revealing that almost half of the surveyed people would be upset if a partner looked at their messages. Another result that also arouses interest is that more women are suffering from nomophobia than men, with the equation being 70 percent to 61 percent, respectively. And yet, it is still males that are more likely to have two phones than females.

Andy Kemshall, SecurEnvoy CTO and co founder, stated, “The first study into nomophobia, conducted four years ago, revealed that 53% of people suffered from the condition and our study reveals this has now risen to 66% in the UK and shows no sign of abating. A reversal on the 2008 findings is that, back then, it was men that were more afflicted yet today it’s women. I’d be inclined to draw the conclusion that, perhaps because more men have two phones, they’re less likely to misplace both and therefore be left phone-less. There is another study into mobile phone use that found people check their phones, on average, 34 times a day so it wouldn’t take long for you to realise if you’d misplaced your device.”

As we mentioned earlier, about 49 percent people get upset on finding out that their texts are being read by others. However, to steer clear of such situations, only 41 percent make use of four pin access codes on their devices, while just 10 percent take the help of encryption. And the more security conscious 3 percent use heavy two factor authentication systems for their phones.

Going by the results of this UK survey and the amount of self-indulgences that are on offer through today’s smartphones, it is certain that nomophobia cases are sure to rise even further in the future.