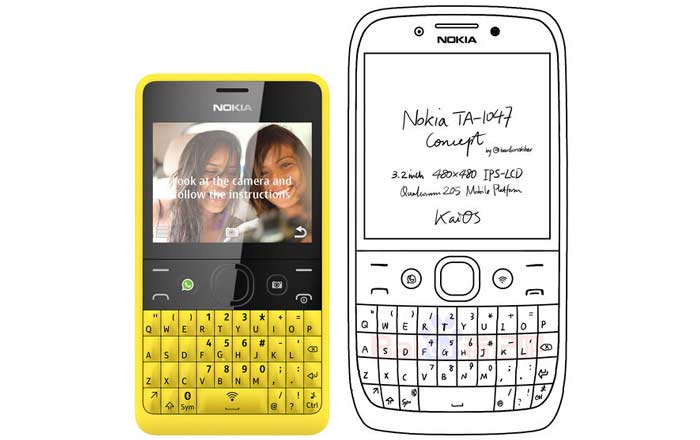 Nokia has a mysterious new handset up its sleeve, one which can’t quite be called a smartphone or a feature phone. The device has now gotten one step closer to reality in the form of Bluetooth certification.

Reports so far have asserted that Nokia is launching a QWERTY phone into the spotlight. It apparently bears the model numbers TA-1047, TA-1060, TA-1056, TA-1079, and TA-1066. All of these iterations have passed through the Bluetooth Special Interest Group (BSIG) certification process.

It’s not clear what differentiates one from the other, but it’ll probably have something to with aspects like dual-SIM support in separate markets. Nokiapoweruser is of the opinion that the TA-1047 will be a big and wide Nokia Mobile Phone.

Unlike the Nokia Mobile Phones of the past, the new model is set to offer 4G LTE connectivity. The FCC revealed small tidbits about the TA-1047 recently, stating that it was sized at 133 x 68mm and offered dual-SIM functionality. It supposedly measures 140mm or 5.5-inch diagonally.

Word on the street is that the TA-1047 will come with specs like a 3.3-inch screen with a resolution of 480 x 480p, Kai OS, and a Qualcomm 205 processor. The last was launched earlier this year as a way for manufacturers to bring 4G VoLTE network support to feature phones.

Going by the concept sketches above, the Nokia TA-1047 will serve as a nostalgic throwback to the QWERTY phones of old where the physical keyboard was granted as much importance as the screen. It might appeal to people who are comfortable with their feature phone experience and just want the benefits of 4G to come their way.