Nokia X6 gets shown off on video

The Nokia X6 has surfaced once again, this time in the form of a video which shows it off from the front and back. The footage first surfaced on Weibo and looks to be from the same conference which gave us a hands-on look at the device last week.

Unfortunately, the person shooting the video neglected to feature the top half of the Nokia X6. This means that we can’t get a good look at the notch, but there are features which did get confirmed. For instance, the handset is getting its hands on a vertical dual camera setup at the back.

The entire module has been encased in a silver finish, including the fingerprint scanner below. The minimal bezel design has pushed the home button to the side next to the volume controls. The bottom border only has room for the Nokia logo now. 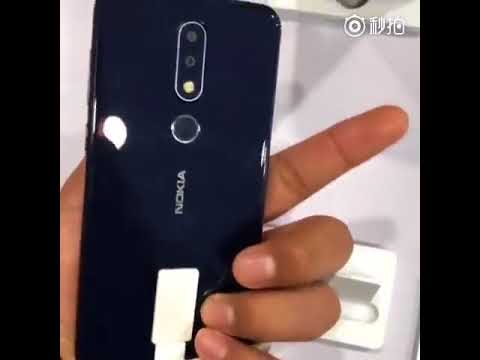 The wallpaper seen on the Nokia X6 is actually a poster announcing the date of the smartphone’s launch – May 16. That’s only a few weeks away, so it won’t be long before the phone is announced officially. Some say the handset is actually called the Nokia X. In any case, the device will most likely be positioned in between the Nokia 6 and Nokia 7 Plus.

Also See: Nokia 7 Plus, Nokia 8 Sirocco go up for sale in India

One factor which is not immediately clear is if the Nokia X/X6 will be travelling outside China. HMD Global had previously launched the Nokia 7 only in China and unveiled the Nokia 7 Plus in international audiences with Android One inside.