The much-anticipated Nokia X Android smartphone has finally been launched at the company’s press conference at MWC 2014 along with the Nokia X+ and XL. All of these phones are based on Google’s platform, but a heavily customized version of the same. A horde of Microsoft and Nokia applications have been pre-loaded on them as well.

If Google’s services are what you seek from your smartphone, then you may not want to go for any of these devices. Apps like OneDrive, Skype, MixRadio, Here Maps, Outlook.com and more can be found in them though. All of these Nokia handsets running AOSP are compatible with Android applications which can now be brought over to the Finnish manufacturer’s app store. 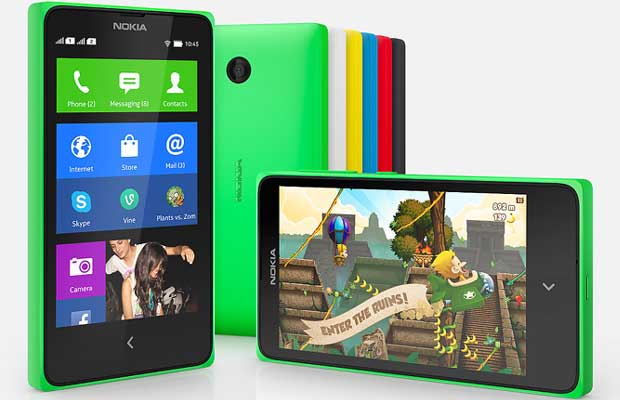 And what’s more, it will be possible to sideload utilities on these devices through the onboard memory or with the assistance of a microSD card. Some third-party games and apps like BBM, Vine, Plants vs. Zombies 2 and more have also been pre-installed in the gadgets.

Both the Nokia X and X+ are 4-inch smartphones and are slated to come drenched in shades of green, red, cyan, black, yellow and white. The latter is said to have especially been designed for multimedia enthusiasts.

As for the Nokia XL, it is a 5-inch phablet featuring a 5MP camera and a 2MP webcam. This device will be dipped in vibrant colors like orange, green, cyan, yellow, white and black. All three handsets employ a 1GHz dual core Qualcomm Snapdragon S4 processor and can support two SIM cards. 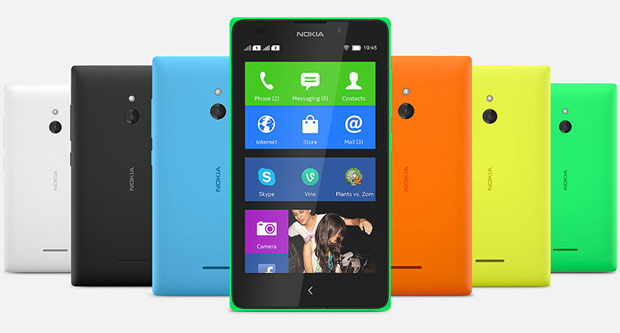 The Nokia X has been priced at €89 and will immediately be made available in India, Latin America, Africa, Middle-East, Asia Pacific and Europe. The Nokia X+ and XL will set you back by €99 and €109, respectively and will be shipped to these regions in the second quarter of this year. You can visit the official website for more details.