Nokia X could be the name of company’s first Android phone, may be unveiled next month

We’ve been calling it the Normandy for quite some time now, but it seems the device has finally shed its codename and has settled upon Nokia X as its final moniker. The Finnish company’s first ever Android phone has been leaked extensively over the past few months, and we have a reason to believe that it could finally be unveiled at this year’s Mobile World Congress event in Barcelona.

The latest news comes courtesy none other than @evleaks, the Twitter account which has been at the forefront of leaks related to Project Normandy, or should we say, the Nokia X. Through a tweet, the account has mentioned the name of this device, but has provided no further information this time around. 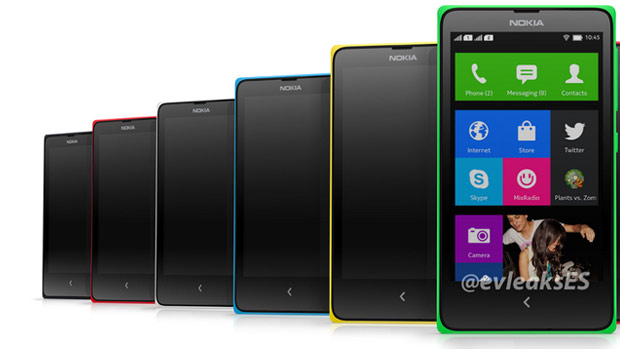 What we know from the past is that this mystery phone is set to carry onboard a heavily modified version of the Android OS. Moreover, it will grab its own unique user interface as well, which will be modeled along the lines of the Metro UI present on Windows Phone devices.

The Nokia X handset will apparently be shipped dressed in six different colors, and as far as its specifications are concerned, even those were leaked a while back. It is being said that Android 4.4.1 KitKat is its preferred operating system. The device supposedly grabs hold of a 4-inch FWVGA display and a 5MP camera, apart from a Qualcomm Snapdragon 200 SoC.

We’ll keep getting you more information about the Nokia X as and when we have something worth sharing. Stay tuned.