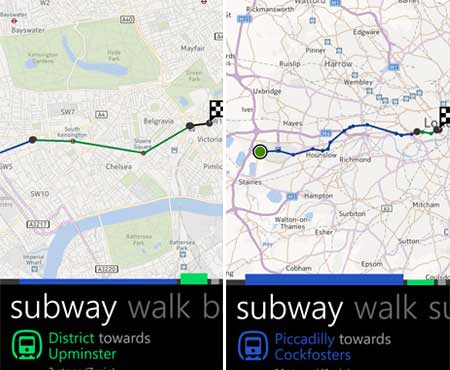 The Nokia Transport app, which is also known as the Nokia Transit app in North America, has been updated by the Finnish mobile giant for devices that run Windows Phone 7, Windows Phone 8 and even Symbian. While the update is aimed mainly at WP8-equipped smartphones, the other two platforms get fresh beta versions that are available to download now through the company’s Beta Labs.

An improved interface is the most important aspect of this update for WP devices. Moreover, users will also be able to see a new segment map feature which will proffer them with a detailed map view of each part of their routes. They’ll just need to tap or swipe a specific segment of their journey, and this will open up a map, granting them a detailed view of where they stand and their ultimate destination. 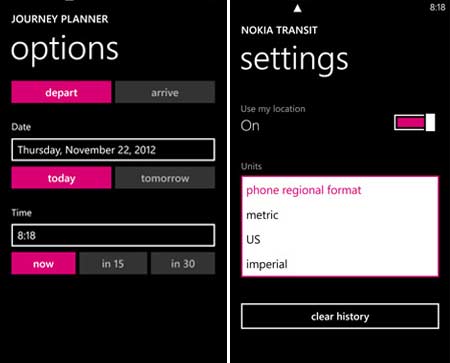 Additionally, users who take their appointments seriously have another feature on the new Nokia Transport app to exploit. If they’ve made plans to meet someone at a particular place at a given time, they can input that into the app so as to get a view of their route options. By choosing their preferred route they will get a fair idea of when they need to leave to get there on time.

Fresh customization options also make their way into the updated version, says a post on the Nokia Conversations blog. Users will now be able to choose between miles and kilometers to display the distance. Moreover, they will even be allowed to set the way their phones display information about departure times. They can either choose their devices to show the exact time a train leaves or know how much time they have in hand before the train departs.

For Symbian-based devices, the new beta version apparently has a better user experience and search function on offer. And the new update also grants it the ability to get coverage update over the air. What this means is that users will henceforth not be needed to download a new application each time the developers extend the areas where the locations-based app works. 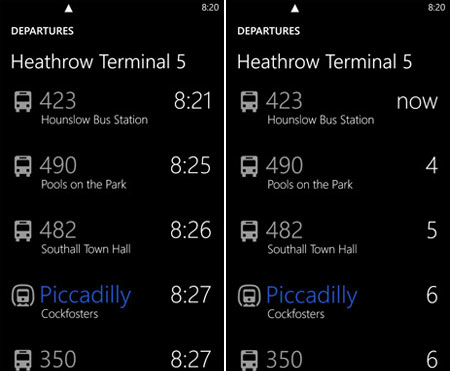