Nokia to concentrate on Replacement CDMA Phone Market in India 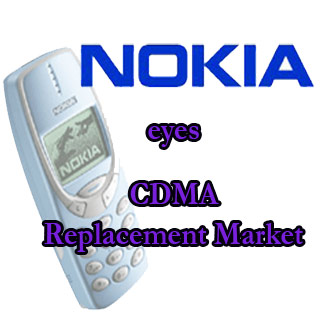 Finnish phone maker Nokia already occupies a dominant position in the Indian mobile phone market. However, the company still has a very small presence in the CDMA market. Now, Nokia aims to increase their share in this market segment by expanding their offers in the replacement phone market.

One of the reasons that makes Nokia small in the CDMA market is the fact that the company may have been unable to provide low-priced CDMA handsets to operators.

According to D Shivakumar, vice president & managing director (mobile phones) of Nokia India said that the CDMA industry is price-led.

“Nokia will not be able to provide CDMA handsets priced around USD 20 each,” explained Shivakumar.

So, instead of providing handsets directly to CDMA operators in India, they would play in the replacement market.

Shivakumar also spoke about Nokia’s plans for India saying that the company aims to launch 26 to 30 models every six months across various price points. He also added that innovation was the key to meeting customer satisfaction.