Nokia isn’t taking any risks when it comes to product and user safety concerns as it has stopped selling its popular Lumia 2520 tablet in select locations across Europe. The reason for the temporarily halt in sales is due to a fault detected in its AC-300 charger which could lead to an electric shock.

Nokia notes that the plastic cover on the charger’s exchangeable plug could get separated ‘under certain conditions’ and the outcome of coming into contact with it whilst plugged into a live outlet could be catastrophic. The company estimates that a total of 30,000 chargers have been affected out of which, 600 have been sold across the US. Places where the defected units are available include the UK, Russia, Finland, Germany, Switzerland, Denmark and Austria. 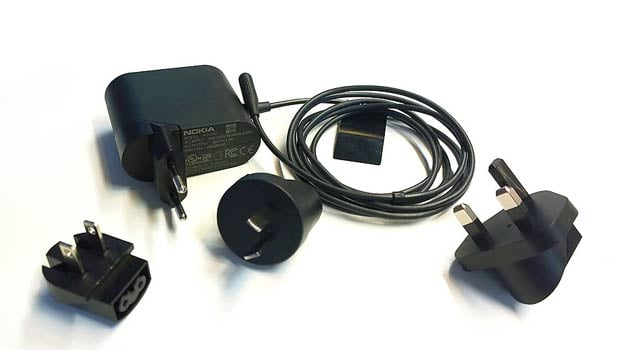 On the bright side, no incidents have been reported regarding the defected chargers. The fault in the charger was spotted during an internal quality control check. Nokia states that these plugs were manufactured by a third-party supplier and not in-house. The company also urges users to refrain from using the plug. But doing so will render the Lumia 2520 tablet useless.

So what’s the Finnish giant doing about resolving the problem? For now, the company notes that they are working to minimize the inconvenience, but has made no mention of replacements. The Nokia Lumia 2520 is still available for purchase in the US, but the AC-300 charger isn’t. For more details about the issue, head to this link.

Here are the key specs of the Nokia Lumia 2520: