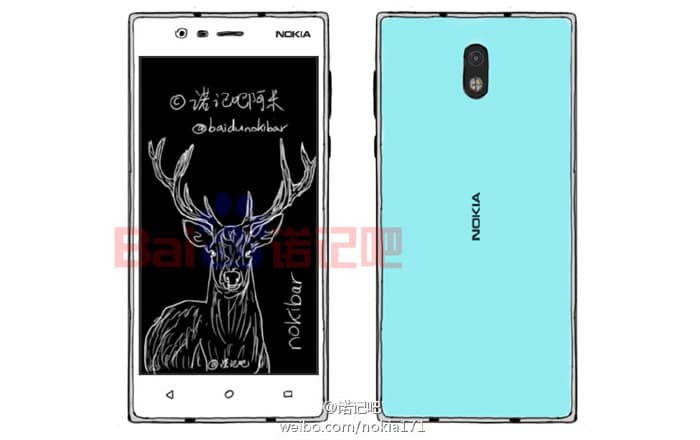 After years of being under the radar, Nokia has burst into the spotlight thanks to its intentions of releasing a series of Android smartphones next year. This has naturally lead to a rise in speculation, the latest of which hints that there’s a handset with the model number TA-1000 on the cards for 2017.

The Nokia TA-1000 has come to light courtesy a listing on China’s Compulsory Certification (3C) site. The given information doesn’t reveal much about the phone except that it features LTE connectivity and ships with regular 5V/2A charging support. The latter distinction probably means that it won’t boast of fast charging skills, eliminating the possibility that it’s a premium flagship.

The TA-1000 may in fact be the Nokia E1. The entry-level device hit the limelight a few days ago when it was extensively leaked in the form of live images and sketches. The handset may feature basic specs like 1GB of RAM, Android 7.0 Nougat, a 5.5-inch screen, and a Snapdragon 200 series processor.

Previous rumors have insisted that HMD Global plans to out up to 5 Nokia Android phones next year. One of the most frequently-leaked handsets among the newcomers is the D1C. The phone will probably turn out to be a mid-ranger and may well be the first to be unveiled during the MWC 2017.