Nokia has announced a deal with Samsung which will bring its famed Here Maps service to devices made by the South Korean company. While these will include the latter’s Android Galaxy handsets, the launch also means that Tizen-powered devices such as its newly announced Gear S smartwatch, will be getting the mapping and location service.

While Google Maps still remains the most used application in its league, this decision of Nokia’s to port its app to Android will definitely come as a blow to it. After all, while Google’s service might be quite a comprehensive and streamlined one, there are some aspects that make Here Maps a worthy competitor to it. 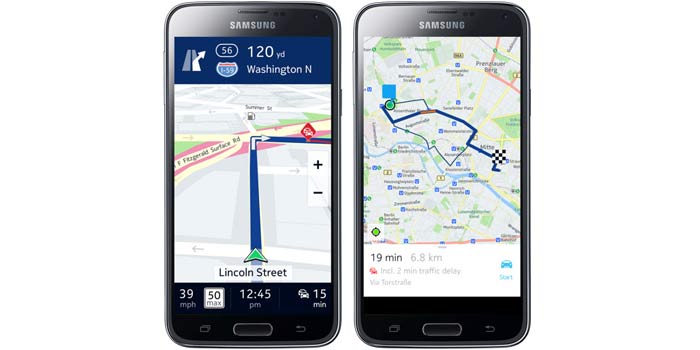 For instance, there’s offline navigation. Now we know that Google Maps does offer something along these lines, but Nokia’s service is able to provide it in a total of 95 countries for open locations as well as underground and rural ones.

Another unique feature which Here Maps app comes equipped with is navigation support for walking, rather than just driving. A function named LiveSight furthermore, allows you to navigate towards landmarks by following virtual signs on your screens. 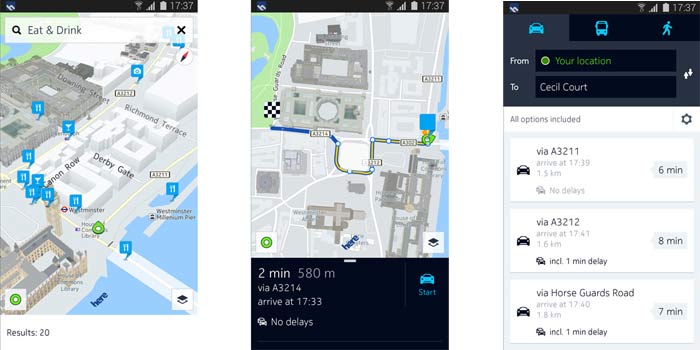 It’s hence up to you to decide whether it deserves to replace Google Maps on your smartphones or if the said service is still the better option. Anyway, Here Maps will be released as a beta for Samsung devices in October, while later in the year, it will also be seen making its way onto other Android handsets.