Nokia RX-115 tablet has its stealth broken, is it the upcoming Lumia 2020?

A Nokia RX-115 tablet bearing an 8.3-inch screen has surfaced out of nowhere, and speculations are rife that it’s the next entry to the Windows RT series of slates introduced by the Finnish company. Zauba, an Indian website which provides import and export data has given away the existence of this device which is also being referred to as the potential Nokia Lumia 2020.

As spotted by Nokia Power User, the RX-115 was imported into India recently, and according to the Zauba entry, it happens to be a full touch device featuring an 8.3-inch IPS display. Moreover, it has also been mentioned that it features 1080p full HD resolution and a nano SIM card slot. It has been imported into India for ‘intercompany use for testing and evaluation.’

A while ago, there was a leak about Nokia supposedly working on an 8-inch Windows RT tablet codenamed Illusionist. There are high possibilities about this being that device. Speculations have indicated that it’ll be called the Nokia Lumia 2020, and will apparently carry a stylus along with it. In the leaked Zauba entry, its value has been mentioned as Rs 9,423, but the retail cost is expected to be much higher than that.

Nokia’s reentry into the tablet space came in the form of the 10.1-inch Lumia 2520 which was launched in October this year, along with the Lumia 1320 and Lumia 1520 smartphones. Running on Windows 8.1 RT, this slate features a Snapdragon 800 SoC, a full HD display, a 6.7MP camera and other advanced specifications. 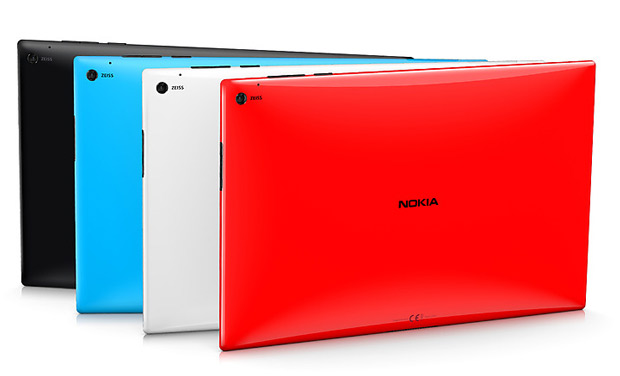 If it exists, the Nokia RX-115 or the Lumia 2020 is all set to be the second Lumia tablet from the company. That’s all the information we have about it at the moment, but we’ll keep you posted with all the latest news regarding the apparent tablet.