Nokia puts the Lumia 1020 up for pre-order, it costs half a lakh

Good news people – The Lumia 1020 has gone up for pre-order officially and a price has also been divulged by Nokia. And now for the bad (rather disappointing) news – The device will have you shell out Rs 50,000 for a single unit. So that means you’re basically paying around Rs 20,000 more for the 41MP camera and a xenon flash as well as PureView and other technologies that aren’t present in previous devices from the giant.

Nokia officially introduced the Lumia 1020 in India last month, but mentioned no price stating that the information would be available a day before the phone goes on sale. Well, the handset will hit stores on October 10 along with a couple of accessories such as the Rs 7,500 Camera Grip and the Rs 3,200 Wireless Charging Shell. 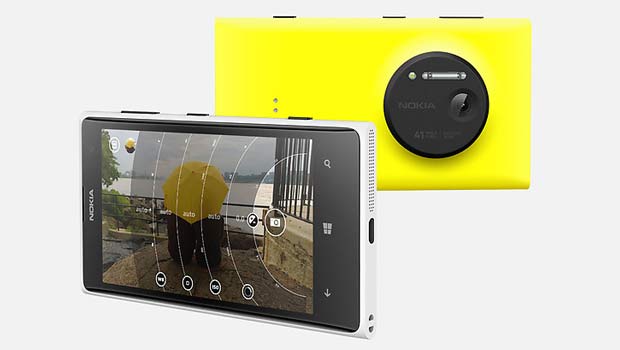 Where specifications are concerned, the Lumia 1020 and the 925 have almost the same components, except for a few modifications on the former here and there. The RAM instead of 1GB, is now 2GB and the 16GB of internal storage has been increased to 32GB. Both handsets share the same 4.5-inch PureMotion HD+ AMOLED display backed by super sensitive touch, ClearBlack and other technologies.

If you’re willing to pay Rs 49,999 for the latest Windows Phone 8 handset from Nokia, you can head over to the company’s online store and reserve a unit. We’d recommend waiting for it to hit local retailers as they normally offer devices with a little discount.