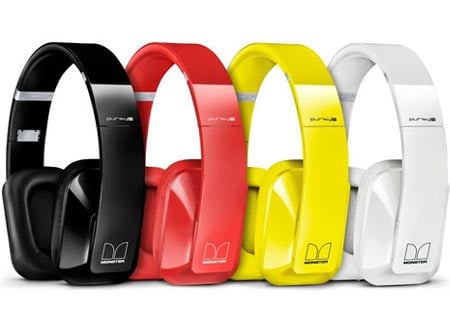 Apart from the latest smartphones, Android tablets and Widows 8-based convertible laptops, various other devices are making news at the IFA 2012 including the newly unveiled Nokia Purity Pro wireless headset by Monster. This pair of cans is expected to hit availability status sometime during the fourth quarter of this year for a suggested price of €299.

Just as its name depicts, the new accessory in Nokia’s growing lineup is wire-free for a more ‘pure’ audio experience. These over-the-ear headphones can be paired up with a smartphone over Bluetooth through the conventional method. The company has also made them NFC compatible enabling users to get the peripheral connected with a simple tap on a supported mobile devices.

Monster CEO, Noel Lee, expressed, “With our Purity Pro, users can now enjoy unprecedented audio performance and advanced capabilities, with all the added benefits of a pure and seamless wireless connection.”

Built and designed by Monster, the same company behind the Beats by Dr Dre lineup, these headphones are equipped with an active noise cancellation technology. On unfolding a pair, the Bluetooth and ANC features are automatically enabled and get turned off when folded. According to the official Nokia Conversations blog, the new accessory will update the company’s portfolio which includes the original Purity headsets that launched back in October, with colorful shades of black, red, yellow and white.

As noted earlier, the Nokia Purity Pro price amounts to €299. The release date for this wireless headset by Monster is anticipated to fall during the fourth quarter of 2012.