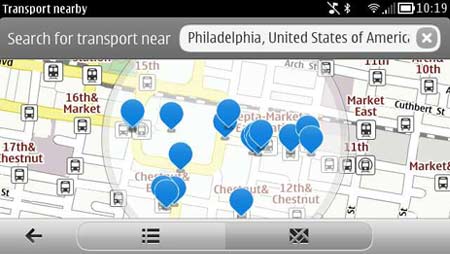 After it was tested in Beta Labs late last year, the Nokia Public Transport app has officially been released for the Nokia Belle OS. As the title suggests, this software is loaded with information of the public transport system, especially in urban areas.

Public Transport currently covers details about approximately 80 cities all over the world. It can provide data regarding suburban trains, buses, trams and other community modes of traveling. The app also allows users to specify frequently visited or significant destinations like house, office and other such locations. These spots will be saved for overview and travelers will be notified before the next departure for these places.

“You can search for any address in your city but also for point of interests like restaurants or hotels. Very useful when you are visiting a city you are not familiar with. Nokia Public Transport also helps you walking to the stop you have to board and guides you from the final stop to your destination with the free voice guided turn-by-turn walk navigation provided by Nokia Maps,” says a recent post on the official Nokia Conversations blog. 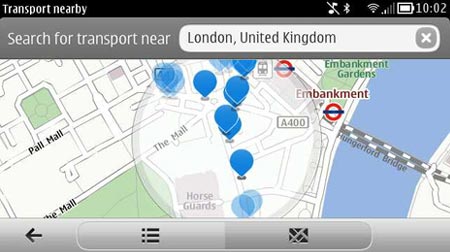 The app was first seen in October last year, when its beta version was released for testing purposes. The company also conveys that several changes have been made to the software since then, based on the feedback and suggestions provided by users. New additions to the app include Helsinki, Austin, Baltimore, Sacramento and Philadelphia.

Along with this, the developers have released the next version of the Nokia Public Transport app for Nokia Belle through Nokia Maps Suite beta. It can also be downloaded for Android and iOS handsets via the Nokia Maps mobile website. Similar apps for the Lumia series are also said to be in the developmental stages.