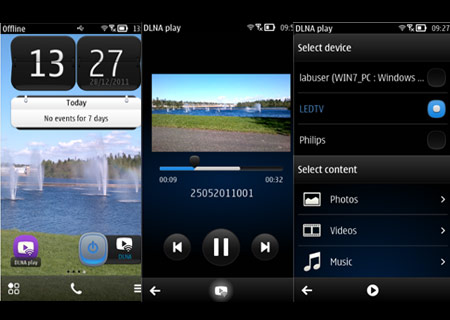 Those missing out on sharing capabilities via their Lumia handsets can blow those woes away as the Finland-based manufacturer recently put its Nokia Play To application up for grabs. The app is currently in the beta stage and it can be downloaded for free.

With this release, users owning WP7-powered phones from the company will be able to share videos and images between devices like smartphones, television sets, Windows 7 computers and laptops as well as various other gadgets that are DLNA-certified. Being a Lumia-specific application, this could put Nokia a step ahead of the competition.

“We want to get this great app out in the Marketplace for all Nokia customers to enjoy, but we want to make sure they have a great experience. Your feedback will make that happen. We’d like to help in verifying interoperability with different devices and network configurations. Note that there are some known limitations, though, so please check those before you post new feedback,” reads a post on the official Nokia Beta Labs blog.

Many may wonder – why only videos and pictures and not music? Well the company plans on bringing in support for audio sharing and planning functionality through future releases, which is most likely to transform Lumia-branded smartphones into DLNA media servers. As we’ve already pointed out, the application is currently in its beta stage. So encountering a few bugs is quite inevitable.

The Nokia Play To beta release is available for download through the Beta Labs website and the Nokia Store. A Symbian version of the application is also up for grabs.