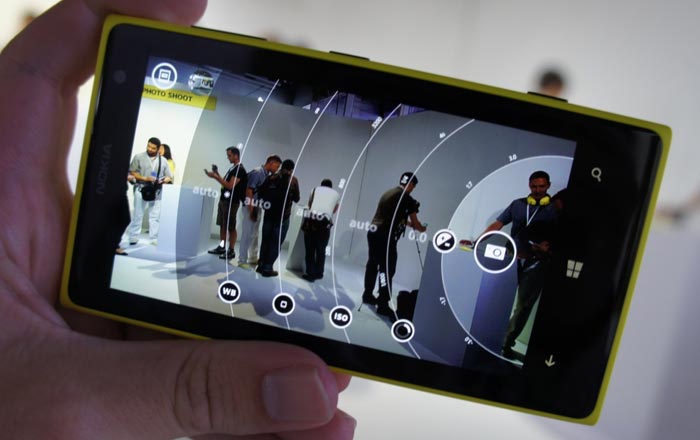 Nokia’s Lumia line of phones famously had one of the best camera UIs in the business, but there’s no sight of the latter in its modern-day Android smartphones. That’s because Microsoft has so far owned the rights to the Lumia Camera UI along with hundreds of other design patents.

In great news for Nokia fans, it seems Microsoft Mobile Oy has transferred 500 patents over to HMD Global Oy. It’s a homecoming of sorts, with the designs now back with their rightful owner. The most exciting one, of course, is the aforementioned Lumia Camera UI which can be seen above.

HMD Global hasn’t actually announced this development. It comes straight from the European Union Intellectual Property Office (EUIPO)’s database. As per its timeline, the EUTM application was first received in December 2016, so this transfer has been in the making for some time now.

The current crop of Nokia smartphones don’t have a particularly remarkable camera interface right now. All this could come to an end if it decides to release the Lumia UI as a software update. Whatever style it comes up with probably won’t be called the Lumia UI though, since Microsoft is the sole keeper of the Lumia brand name.

It should be mentioned that Microsoft still owns the rights to trademarks like PureView, PureMotion, and ClearBlack, in addition to roughly 200 design patents. HMD Global will probably snap those up as well. Future Nokia handsets would then be a full return to the best of Nokia, both past and present.