The Nokia P1 has been leaked plenty of times in the past and is widely expected to be a flagship offering. Now a new video shows off what is claimed to be concept renders of the handset.

Concept Creator, the YouTuber behind the video, doesn’t mention the source of the images, casting doubt over the authenticity of the photos. He claims that the Nokia P1 will feature 6GB of RAM, 256GB of internal storage, and a 22.3MP Carl Zeiss camera.

Going by the renders in the video, the P1 will feature a glass and metal build and a physical home button. A hybrid dual-SIM slot can be seen on one side, while what appears to be a dedicated shutter button can be seen on the other.

It looks like Nokia has incorporated a unique chamfered border design for the device, with the top and bottom edges bulging out before seamlessly meeting the rest of the frame. The back of the smartphone notably features an array of 3 LED flash units and its bottom features a USB Type-C port, a 3.5mm headphone jack, and speakers.

Previous speculation has hinted that the P1 will resemble the Sharp Aquos Xx3. Rumored specs include an ultrasonic fingerprint scanner located on the right side of the phone, IP57 or IP55 certification against dust and water, Android 7.0 Nougat, a Snapdragon 835 processor, a 5.3-inch 2K or 1080p display, and Gorilla Glass 5 protection. 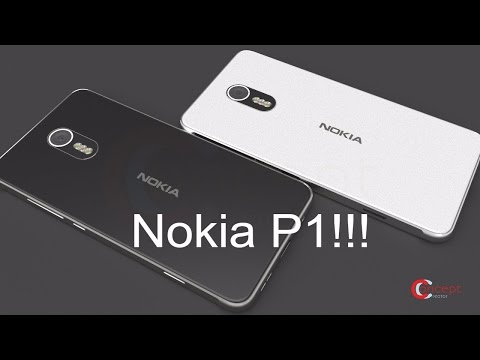