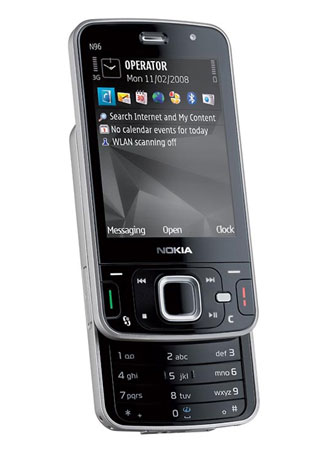 Nokia today announced that its latest N series smartphone, N96 will be made available for high-speed 3G HSDPA networks in North America during the fourth quarter of 2008. The smartphone sports a 2.8 inch wide-screen and comes with 16 GB of internal memory.

“Since the first Nokia Nseries device came to market in 2005, this range of devices has consistently represented cutting-edge technology combined with an unparalleled user experience. The Nokia N96 builds upon this tradition to bring mobility to today’s most valuable Internet services,” said Bill Plummer, Vice President of Go-to-Market for Nokia Americas. “With support for movies, music, games, navigation and more right out of the box, the real power of the Nokia N96 is that it provides an open application environment for users to define their own mobile lifestyle.”

The Nokia N96 phone will be available in U.S for a suggested price of $895.