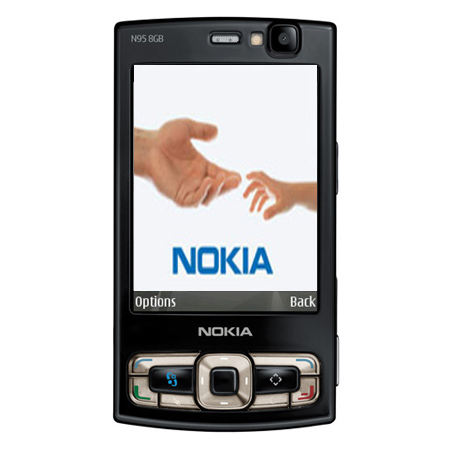 The new expanded Nokia N95 8GB kicked off its global shipments today, and is slated to be available at stored worldwide soon. Also, it sports a bigger 2.8″ (240 x 320) QVGA display.

“Our Nokia Nseries family has expanded with added pizzazz and performance with the Nokia N95 8GB, a device as personal as it is powerful,” maintained Jonas Geust, vice president, Multimedia, at Nokia. “We’ve reached a pinnacle with the Nokia N95 and now with the addition of one of the largest ever displays, built-in Assisted-GPS and improved battery power, the Nokia N95 8GB takes entertainment enjoyment to another level.”

Essentially the latest more pumped version of the N95 incorporates the same features as that of the earlier model. So apart from a large 8GB capacity, the other important features of the Nokia N95 multimedia computer are:

The sleek Nokia N95 8GB will offer support to various services such as Nokia Music Store and N-Gage Games that are expected to be available during Q4 of 2007. Games such as FIFA 2007 and Asphalt 3: Street Rules will be packed in. Once N-Gage goes live, you’ll be able to try games for free before deciding on your purchase.

The Nokia N95 8GB also bundles A-GPS, where the multimedia computer’s users can speed to their locations on Nokia Maps faster and enjoy maps for over 150 countries.

You can travel the world through your N95, find specific routes or locate services such as restaurants and hotels, covering more than 15 million points of interest.

The N95 8GB multimedia computer has an estimated retail price of EUR 560 (excl. before taxes or subsidies).