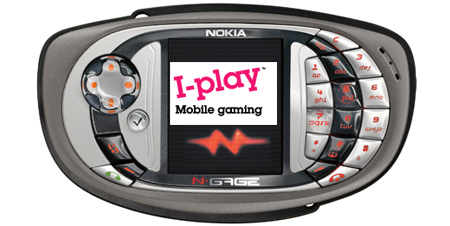 Today, Nokia revealed that mobile entertainment company I-play will be launching a line-up of casual games for Nokia’s N-Gage platform.

The first two casual game titles to be introduced for the Nokia N-Gage phone are “World Rally Championship” and “Super Mah Jong”.

Interestingly the game “World Rally Championship” has acquired the official license of the FIA WRC. “Super Mah Jong” will need no introduction to most people, but incase you aren’t a fan then you must know that the game revolves around an epic tale based on eth ancient spiritual game Mah Jong. Also, “Super Mah Jong” has been created by the makers of the highly addictive casual game “Jewel Quest”.

According to Gregg Sauter, Director, 3rd Part Publishing, Nokia, “I-Play brings a diverse games portfolio to N-Gage, and we’re excited to have them on board. The N-Gage toolset provides the opportunity to deliver new features and richer experiences to consumers through I-play’s strong portfolio of content. We look forward to this cooperation.

Now that I-Play has struck the deal, the company will be providing a big line-up of casual games for Nokia’s N-gage mobile phone. In fact, they will concentrate on casual, ‘one-thumb’ games for the mass market.

I-play’s “World rally Championship” and “Super Mah Jong” for the Nokia N-Gage mobile phone will be introduced in 2008.