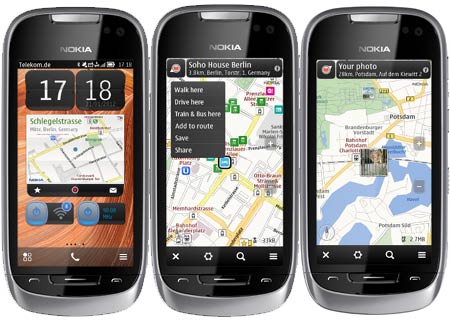 Nokia Maps Suite 2.0 is now out of its beta stage and available for Belle smartphones. Similar to the Nokia Maps for Symbian app which delivered navigation and 3D terrain views, this release is said to take the former’s capabilities a step further with features such as voice search, direct homescreen access and photos on a map.

Launched back in February 9, this new offering from the Finland-based manufacturer wraps 3 different tools such as Maps, Drive and Public Transport into a single package. With Nokia Maps, users will be able to access walk, drive and public transit routing by simply pressing on the UI for a few seconds. The application seems to take advantage of the geo-tagging capability that most smartphones possess. By enabling the ‘Photos’ option, all location-tagged images in the handset’s gallery should appear on the interface at the place they were taken. It also houses the Places widget that provides position-based information along with reviews from various services like Lonely Plant, Time Out, Qype and many more. 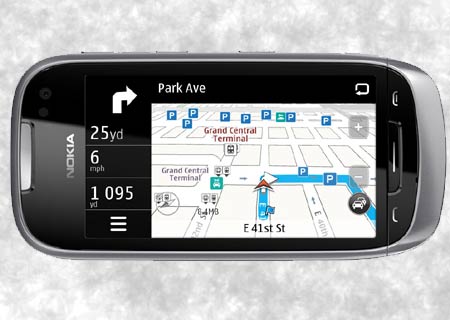 Moving on to Nokia Drive, this feature flaunts a much larger maps view which is apparently made possible by narrowing down the size of the dashboard in landscape mode. Residents in the UK will have access to the new voice search attribute for hands-free routing and offline navigation that requires country- or region-specific maps to be downloaded. From the nearest transport departure stations to which buses, trams or trains to take, Public Transport seems to know it all. Nokia even claims it to deliver timetable-based navigation in around 88 cities and estimated routing for up to 460 cities, worldwide.

The Nokia Maps Suite 2.0 app is now available for download through the company’s official store or the Nokia Beta Labs website.