No more Nokia Lumia Icon leaks to deal with, device made official by Verizon

Shedding the secrecy (get the sarcasm?) that’s been surrounding it for such a long time, the Nokia Lumia Icon has emerged in an official manner as a Verizon-exclusive phone which is to arrive on February 20. The Nokia Lumia Icon has been making its presence felt since a long time now in the form of a regular influx of leaks that have revealed almost everything you’d want to know about it beforehand.

What does it pack
Also known as the Lumia 929, this WP smartphone kicks in a 5-inch display that beams its visuals with full HD resolution. This Corning Gorilla Glass 3-protected panel grabs hold of a pixel density of 441ppi. The main attraction on the Nokia Lumia Icon however, is its 20MP PureView camera which supports full resolution photographs as well as scaled down ones for easy sharing. 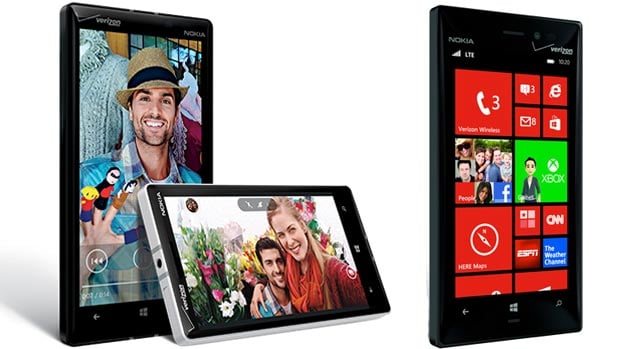 The 1/2.5” BSI sensor is accompanied by an f/2.4 lens, whereas the camera also gains company of a dual-LED flash and 1080p video recording capability. A Qualcomm Snapdragon 800 SoC with its quad core processor clocked at 2.2GHz makes its way into the Nokia Lumia Icon, apart from 2GB worth of RAM. Its built-in storage is 32GB, and there’s no scope for further expansions.

What does it cost
The Nokia Lumia Icon has been priced by Verizon at $199.99, so there’s of course a two-year contract which will be accompanying it. This phone should hit pre-order status soon, and as revealed by its maker, it will be made available in the US on February 20.

Take a deep look at its main specs