Nokia Lumia aircraft takes us to a party in the sky 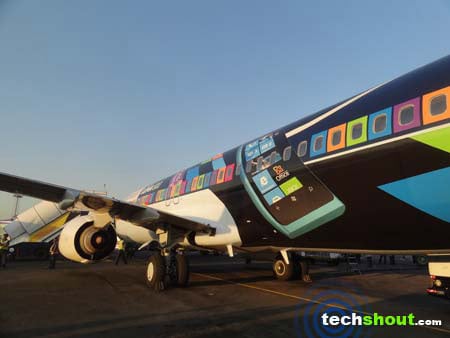 3.50 p.m. and just before the weekend kicked in, we were hustled into the Nokia Lumia ‘experience plane’ for a sky party of sorts. It was going to be the last phase of the ‘Spot the Lumia’ contest that the Finnish company had kicked off in India to rub the fact that Windows Phone and Nokia were off to a good start, in everyone’s faces.

Thrown open just this month, the ‘Spot the Lumia’ contest required participants to spy out the Lumia branding on hoardings, the devices itself, a Nokia store and any other imaginable space, through their cameras. Fifty of the most innovative submissions would be entitled to join a party in the sky onboard an aircraft painted in the Lumia theme. 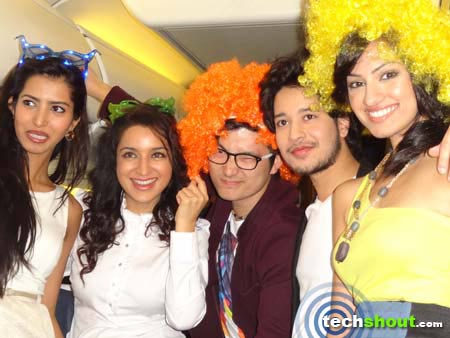 “The Amazing Everyday Journey has been designed to live and share the consumer’s everyday adventures. The campaign is aimed at reminding people that even everyday routine can be amazing and there are little adventures waiting for everyone around the corner,” trilled Prashanth Mani, General Manger, West, Nokia India.

“We always want to connect with our consumers and create unmatched experiences for them. This Sky Party has taken our Amazing Everyday campaign to new altitudes of excitement and helped us in creating those amazing moments for our consumers,” added Mani. 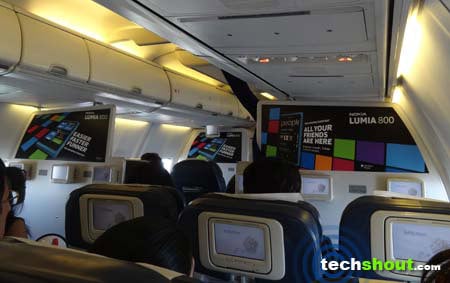 Indian celebrities, Tisca Chopra, Meiyang Chang, Rajat Barmecha, Manasvi Mamgain, Gurpreet Bedi and standup comedian Papa CJ were present at the event. The whole affair involved us wearing the LED-flashing glasses and neon colored wigs we were handed so we could get into the party mood, and rubbing elbows with the delighted winners including one Vickey Poudyal whose ‘boss didn’t know why he was on holiday.’

All in all, it was an unusual picnic for everyone. As for the Nokia Lumia 800 and Lumia 710 price tags in India, they amount to around Rs. 30,000 and Rs. 16,000, respectively. The phones were unveiled in the country back in November and put up for pre-order in December.