Over a week ago, we reported that Nokia is planning to launch the Lumia 930 and Lumia 630 smartphones at the upcoming Microsoft Build 2014 conference. Well, it looks like only one of the two smartphones is going to be showcased at the event and it’s said to be the Lumia 630 which has been leaked extensively over the past few months.

Based on the information derived via a new tip from a ‘trusted source,’ NPU is reporting that there’s a possibility of only the Lumia 630 showing up at the conference. It looks like the Nokia Lumia 930 isn’t ready for launch just yet, but the phone is still expected to make its debut sometime in April itself. Additionally, the report also suggests that various new applications could be showcased at the event. 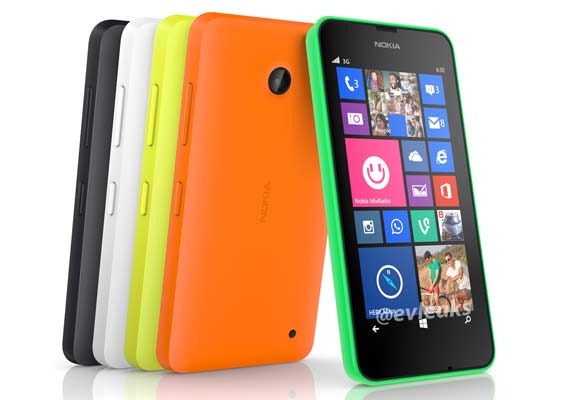 We know a lot about the Nokia Lumia 630, but there’s hardly any information on the Lumia 930. Press renders and specs of the former device have already hit the web and we recently seen the phone get shown off in a hands-on video. Based on what we know so far, the handset will arrive with Windows Phone 8.1, have a 4.5-inch WVGA display and be powered by a quad core Snapdragon 400 SOC with 1GB of RAM.

There will also be a 5MP camera and a dual SIM model. The Nokia Lumia 930, on the other hand, is said to be the international version of the Lumia Icon that’s only available in the US through Verizon. You can find more details about the device below.

Specs of the Lumia Icon:

Nokia’s upcoming event is just a couple of days away, so stay tuned for more information on the latest Lumias.