Nokia Lumia 928 gets a release date for Verizon 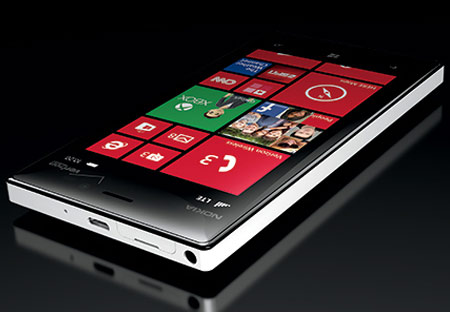 Nokia has finally opened up about the Lumia 928 release date for Verizon, and fans stateside should be pleased to hear that it falls on May 16. We’ve been given a good look at the specifications and the only important detail that’s missing is the price at which the carrier plans to sell the handset.

For those who’ve been hoping to see a PureView-enhanced camera on the Nokia Lumia 928, the company has indeed embedded the device with the same. The 8.7MP Carl Zeiss Tessar lens offers an f/2.0 aperture, optical image stabilization, auto focus and 1080p video shooting at 30fps. The manufacturer is clearly very pleased about the job done on the snapper as evidenced by the low-light clip it was seen gloating about only a couple of days ago.

There’s a 1.2MP 720p camera on the front panel for making video calls and what not. The face of the smartphone is also given to a 4.5-inch WXGA HD OLED screen which delivers images in a resolution of 1280 x 768p. One of the highlights of the 2.5D Corning Gorilla Glass-protected display is its extra sensitivity to touch, meaning users should be able to operate the handset even with a pair of gloves on or while sporting long fingernails too.

The smartphone gets its kick from a 1GHz dual core processor (admittedly unimpressive considering the quad core options out there) and 1GB RAM. While there’s 32GB of memory onboard, users will also be delivered 7GB of free storage space courtesy of SkyDrive. On the software angle, it lands pre-loaded with Here Maps, Drive, Transit and City Lens. Additionally, the integrated 2000mAh battery Li-po battery can be powered up wirelessly through the Charging Pillow by Fatboy, JBL PlayUp and similar accessories.

The Nokia Lumia 928 will release via Verizon in black and white color options. There’s a limited period offer of $25 credit for Windows Phone games and application, on purchase of the handset.