Yesterday, we reported that the Nokia Lumia 1020 and Lumia 925 are expected to launch in India by the end of this month. Well, the latter smartphone is now available to pre-order online, while there’s yet no sign of the former. Apart from this, the Lumia 920 which received a price cut to Rs 31,999 is now selling for Rs 30,999 and we’ve even spotted the largest member in the family, the affordable 4.7-inch 625 handset with a coming soon label on the company’s website.

The arrival of the Nokia Lumia 925 has been anticipated since May. The device is basically an enhanced version of the 920. Featuring the same technologies, the company has augmented the low-light capabilities to a great extent. It houses a 8.7MP camera on the rear with Carl Zeiss optics and six physical lenses, backed by the PureView technology. On the inside, Nokia has employed a dual core 1.5GHz Snapdragon S4 processor, 1GB of RAM, 16GB of storage and a 2000mAh battery. 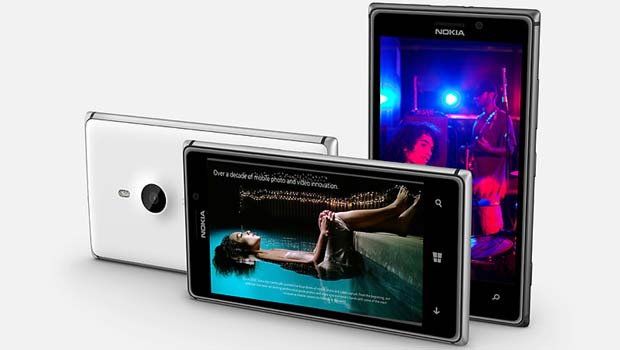 Powered by the Windows Phone 8 platform, the Nokia Lumia 925 features an aluminum body which makes it lighter than its predecessor at 139 grams, while still packing in the same hardware. The handset is fitted with a 4.5-inch WXGA AMOLED touchscreen which is backed by technologies such as ClearBlack and super sensitive touch. There’s also a Corning Gorilla Glass 2 coating for extra protection. The device supports wireless charging through a clip-on back panel.

The Nokia Lumia 925 can be pre-ordered in black, grey and white through Flipkart for a price of Rs 33,999. The retailer notes that the release date is scheduled for the 4th week of August.